Published December 14th, 2021 - 10:58 GMT
Lai was among three democracy campaigners convicted on December 9, 2021 for taking part in a banned Tiananmen vigil as the prosecution of multiple activists came to a conclusion. (Photo by AFP)

A Hong Kong court on Monday sentenced businessman and pro-democracy activist Jimmy Lai to more than a year in prison for participating in a banned vigil last year to commemorate the Tiananmen Square incident in 1989. 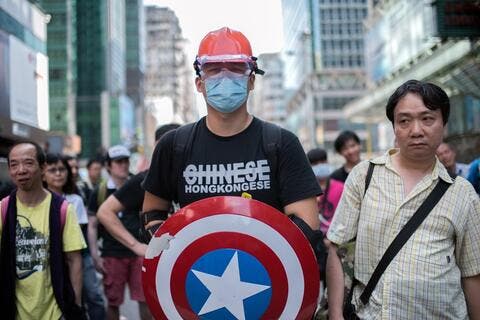 Lai and seven others were convicted and sentenced for their roles in the candlelight vigil, which has been banned for the past two years on COVID-19 safety grounds. Critics, however, have contended that the crackdown has little to do with COVID-19 and is aimed at quashing pro-democracy events.

1/ Ahead of his sentencing over the banned Tiananmen Massacre vigil on Monday, the lawyer for pro-democracy tycoon Jimmy Lai has read out a mitigation letter in court. https://t.co/PsIphFXPLj pic.twitter.com/GFGWPPFHPu

The sentences ranged from four to 14 months. Lai was given 13 months.

Many of the defendants, including Lai, face other charges for their participation in pro-democracy protests in 2019 under a controversial national security law imposed by China last year.

Lai, who's already serving a 20 month sentence for participating in pro-democracy events, and the others gathered in June 2020 to participate in the vigil hosted by the Hong Kong Alliance in Support of Patriotic Democratic Movements of China.

Judge Amanda Woodcock convicted Lai for inciting the vigil and sentenced the former leader of the alliance, Lee Cheuk-Yan, to 14 months for organizing, inciting and participating in the event.

A Hong Kong court sentenced Jimmy Lai and seven other prominent pro-democracy activists to prison for their roles last year in trying to commemorate Beijing’s 1989 crackdown on peaceful protesters in Tiananmen Square. https://t.co/oohR4UnpbU 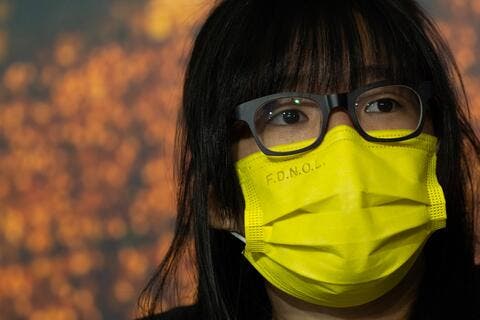 Woodcock said the group wrongfully thought the vigil was "more important than protecting the community," according to the Hong Kong Free Press.

"If commemorating those who died because of injustice is a crime, then inflict on me that crime and let me suffer the punishment of this crime, so I may share the burden and glory of those young men and women who shed their blood on June 4 to proclaim truth, justice and goodness," Lai said in written a statement, according to the Free Press.

Tips for Taking Care of Your Computer

Why Are Pakistani Children More Likely to Die of COVID-19?