Time Running Out: Libya Needs to Finalize a Legal Framework For Dec., Polls

Published August 31st, 2021 - 07:24 GMT
Officials attend a meeting by Libya's neighbours as part of international efforts to reach a political settlement to the country's conflict, in the Algerian capital Algiers, on August 30, 2021. (Photo by RYAD KRAMDI / AFP)
Highlights
The two-day ministerial meeting in Algeria is aimed at helping Libyans achieve national reconciliation and draw a roadmap for organizing the polls

The UN envoy to Libya Jan Kubis said on Monday that time was pressing for Libyans to finalize a legal framework for elections to be held on time in December. 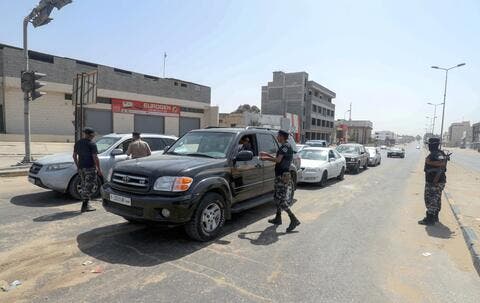 “The (Libyan) government has taken the necessary dispositions to hold elections but we need a legal framework,” Kubis said at the opening of a meeting in Algeria of Libya’s neighbors.

#UnitedNations envoy to Libya @UNJanKubis and Egypt's Foreign Minister #SamehShoukry call for the need to expedite all necessary measures to ensure that #Libyan elections are held on timehttps://t.co/xecgdapeKp

“The members of parliament are now trying to finalize the electoral law and time is running out,” Kubis said in statements carried in French by the official Algerian news agency APS.

Egyptian Foreign Minister Sameh Shoukry affirmed his country’s firm position toward strengthening the structure of Libya’s security and stability, adding that Egypt prioritizes political solutions to preserve the country’s unity and its national institutions to achieve a comprehensive settlement.

Foreign ministry spokesman Ahmed Hafez, said Shoukry stressed during the meeting the important role of neighboring countries to ensure that security and political conditions in Libya are restored, and achieve the legitimate aspirations of the Libyan people.

Shoukry praised the achievements of the 5+5 Joint Military Commission, the latest of which was the opening of the coastal road between the east and west. He said that is why it needs to be provided with full support to complete its various tasks, including ensuring the exit of all foreign forces, as well as foreign fighters and mercenaries.

Shoukry called for the need to expedite all necessary measures to ensure that the elections are held on time.

The two-day ministerial meeting is aimed at helping Libyans achieve national reconciliation and draw a roadmap for organizing the polls.

But recent talks in Geneva have exposed deep divisions over when to hold elections, what elections to hold, and on what constitutional grounds, threatening to plunge Libya back into crisis.

The North African country was gripped by violence and political turmoil in the aftermath of the 2011 NATO-backed uprising that ousted dictator Muammar Qaddafi and in which he was killed.

Critics of Libyan parliament speaker Aguila Saleh regard the election setbacks as evidence that eastern-based forces are attempting to sabotage the processhttps://t.co/vecFrGJ4WE

After eastern strongman Khalifa Haftar’s forces were routed from the country’s west last year, the two camps signed a cease-fire in Geneva in October.

An interim administration was established in March this year to prepare for presidential and parliamentary polls on Dec. 24.

Kubis on Monday said that Libya’s unity government backed by the UN has “allocated the necessary budget for the elections. 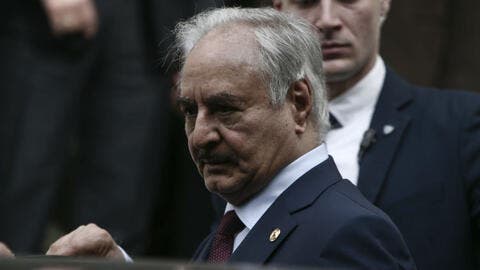 “But it is important that as soon as possible we have a legal framework” for the polls, he said.

Kubis said he told MPs to “assume their responsibilities and not waste time.” He also called on Libya’s neighbors to appoint observers to monitor the polls.