Published July 22nd, 2021 - 05:08 GMT
This general view shows Mount Fuji, Japan's highest mountain at 3,776 meters (12,388 feet), seen from Lake Yamanaka, next to a Tokyo 2020 Olympics banner on July 19, 2021. Charly TRIBALLEAU / AFP
Highlights
Kentaro Kobayashi made the joke in a video that emerged online one day before Friday's ceremony is scheduled to kick off

The 2020 Tokyo Olympics organizers said the opening ceremony director was fired after he made a joke on the Holocaust in a comedy skit in 1998. 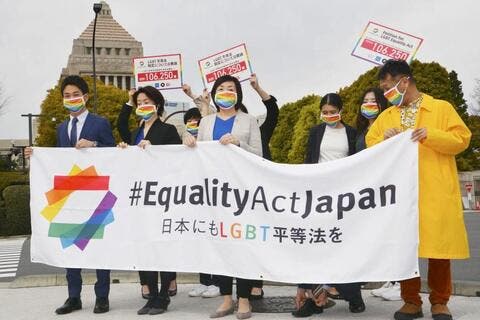 The 48-year-old, Kentaro Kobayashi, believed to say the joke in a video that emerged on the internet one day before Friday's ceremony is scheduled to start.

'It came to light that during a past performance, (he) used language that mocked a tragic fact of history,' Tokyo 2020 Olympic chief Seiko Hashimoto told reporters.

'The organizing committee has decided to relieve Kobayashi of his post,' she added.

In the sketch, Kobayashi and a comedy partner pretend to be a pair of famous children's TV entertainers.

As they brainstorm an activity involving paper, Kobayashi refers to some paper doll cutouts, describing them as 'the ones from that time you said 'let's play the Holocaust,' sparking laughter from the audience.

The pair then joke about how a television producer was angered by the suggestion of a Holocaust activity.

Soon after a video clip and script of Kobayashi´s performance were revealed, criticism flooded social media.

'Any person, no matter how creative, does not have the right to mock the victims of the Nazi genocide,' said Rabbi Abraham Cooper, associate dean and global social action director of the Simon Wiesenthal Center, a Los Angeles-based human rights group. He also noted that the Nazis gassed Germans with disabilities.

'Any association of this person to the Tokyo Olympics would insult the memory of 6 million Jews and make a cruel mockery of the Paralympics,' he said.

Kobayashi apologized in a recent statement saying:  'In a video that was released in 1998 to introduce young comedians... a skit that I wrote contained lines that were extremely inappropriate.'

'It was from a time when I was not able to get laughs the way I wanted, and I believe I was trying to grab people's attention in a shallow-minded way,' he added.

Kentaro Kobayashi, show director of the Olympic Games Tokyo 2020 Opening Ceremony, used to make a fool of the Holocaust on the stage as a comedian, which completely undermines the Olympic Charter prohibiting any discrimination. This is a very sad situation, indeed.#小林賢太郎

Kobayashi, a well-known figure in theatre in Japan, is the latest member of the opening ceremony team to depart in disgrace.

Earlier this week, composer Keigo Oyamada, whose music was expected to be used at the ceremony, was forced to resign because of past bullying of his classmates, which he boasted about in magazine interviews. 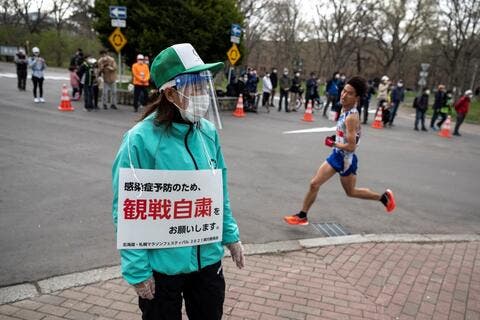 The Tokyo Olympics to be Held Under a 'State of Emergency'

The segment of his music will not be used.

The creative director for the opening and closing ceremonies, Hiroshi Sasaki, also resigned in March after suggesting a plus-size female comedian appear as a pig.