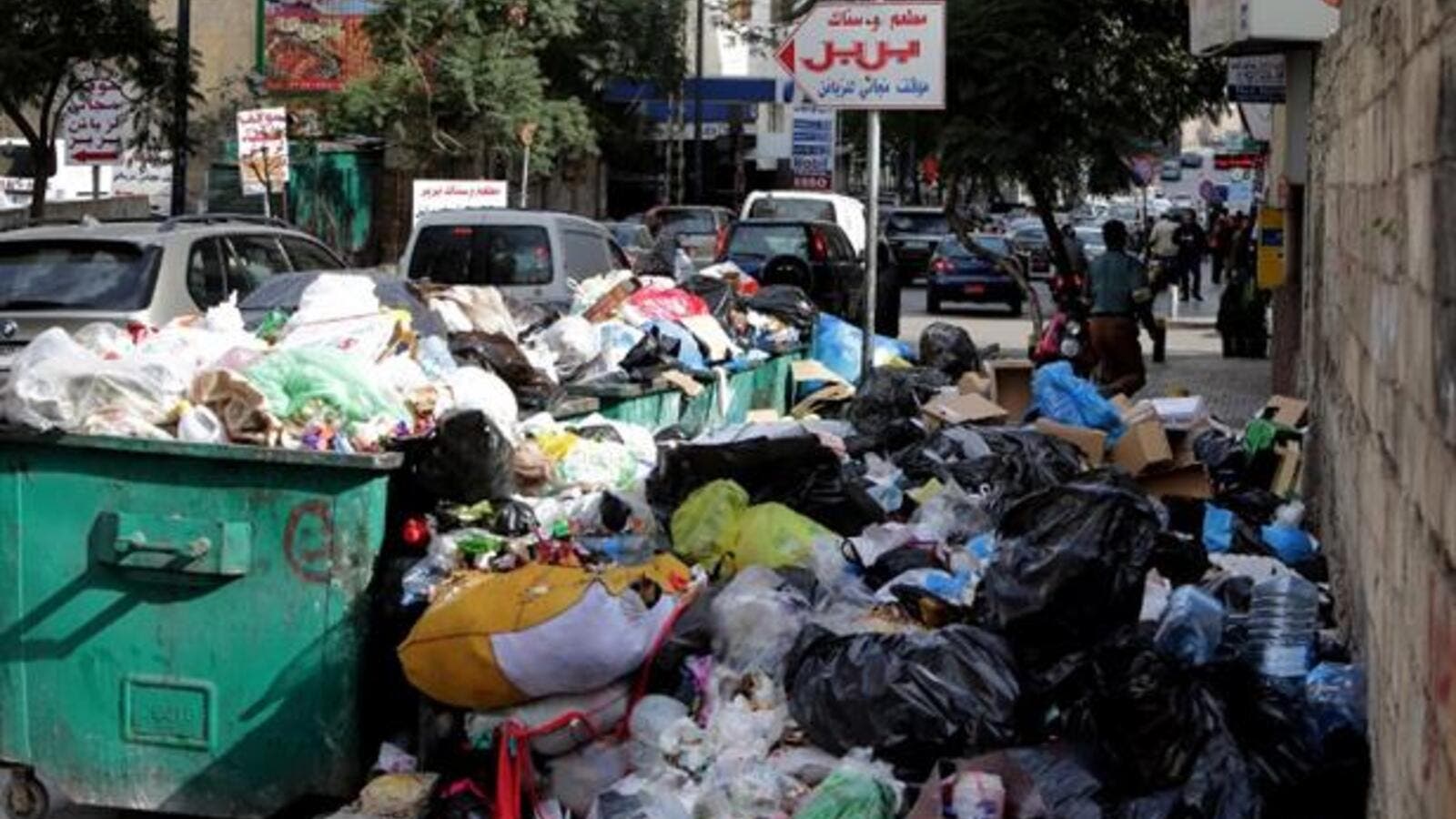 Garbage piled up on the streets of Beirut as the trash crisis continues. (AFP/File)

The Kataeb Party supporters Tuesday blocked the entrance to the construction site of an east Beirut landfill by erecting a tent adjacent to its gates.

The party's website reported that the supporters aim to suspend work at the Burj Hammoud landfill site.

"Work will not resume until we are certain that the landfill will be sanitary. We will not allow the dumping of recycled waste in the area," the head of the Kataeb's Metn district, Michel Hrawi told Kataeb radio station, Voice of Lebanon (100.5).

Security forces deployed heavily in the area, although Hrawi said that the aim was not to cause trouble.

He said that coordination is ongoing with the Tashnag Party, the Burj Hammoud municipality and residents of the area to "expand the frame of action to raise awareness about what is happening in the region."

He also urged Metn municipalities to join the effort.

Controversy has surrounded the construction of the government-mandated Burj Hammoud landfill, with Kataeb Party supporters bring work to a halt on at least three occasions in recent weeks.

Fishermen also held a demonstration Monday near the site of the designated landfill at the Dora sea dock in protest of its establishment.

They said the establishment of the Burj Hammoud landfill in the Christian area was a conspiracy to displace local residents, vowing not to back down until their demands are met.

In March, the government claimed it had resolved the eight-month garbage pile-up on the streets of Beirut and Mount Lebanon.

The infamous Naameh landfill had been reopened for two months to take the decomposing waste that had piled up in the streets.

Trash is now being taken to storage lots in Costa Brava, south of Beirut, and to Burj Hammoud, to the capital's east, where new landfills are being built.

The Kataeb youth have not staged any protests to stop work at the Costa Brava landfill, which is located near Druze and Muslim towns.

In recent months, Kataeb has expressed fears that the Burj Hammoud site would also impact the LINOR Project, which seeks to develop green spaces, gardens and coffee shops for the public between the Beirut Port and Marina Dbayyeh.