Published October 3rd, 2021 - 06:34 GMT
High waves break on the sea side promenade in the Omani capital Muscat on October 2, 2021, as the Shaheen tropical storm hits the country. (Photo by MOHAMMED MAHJOUB / AFP)
Highlights
The governates of Muscat, North and South Al Batinah, Al Buraimi and South Al Sharqiya are expected to be the worse hit by Tropical cyclone shaheen

Tropical Cyclone Shaheen is getting closer to Muscat and other Omani coastal areas, authorities warned on Sunday. 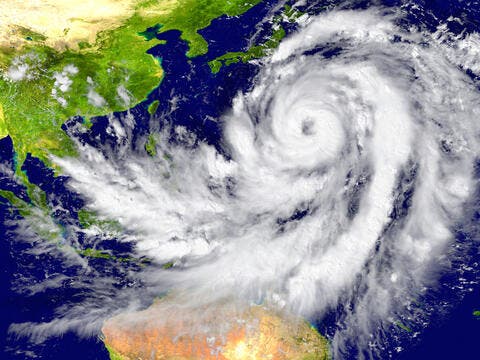 Oman delayed and rescheduled flights to and from the airport of its capital city Muscat to Sunday evening or until further notice due to the storm, the sultanate's airports authority said on its official Twitter account.

Shaheen, which has been upgraded to a cyclone, is expected to bring wind speeds up to 116 km per hour along with extremely heavy rainfall and flash floods.

The governates of Muscat, North and South Al Batinah, Al Buraimi and South Al Sharqiya are expected to be the worse hit.

Sea conditions in and around South Al Sharqiya will also worsen, with Oman’s civil aviation authority warning of 12-meter-high waves.

Two people were rescued in Oman early Sunday after their vehicle was stranded in the Azaiba area in the Wilayat of Baushar due to heavy rainfall, Oman TV said in a statement.

The UAE, which shares a border with Oman, issued a similar warning, calling on residents to avoid beaches and coastal areas.

"As a precautionary measure and to ensure the safety of everyone, it is prohibited for the public to visit beaches, valleys and lowlands during the upcoming weather conditions," the UAE's National, Emergency, Crisis and Disaster Management Authority (NCEMA) said. 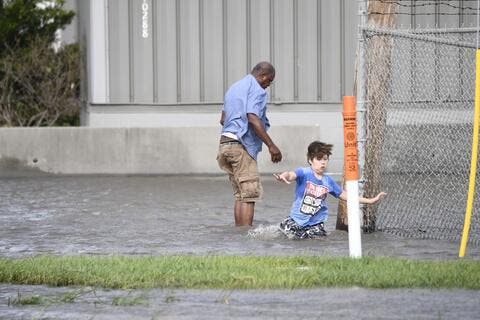 Five Dead in Ida Storm: One Man Killed by a Louisiana Alligator Its Believed

“Team members reviewed a proposed set of precautionary measures to tackle any possible cyclone impact on the country, particularly in the eastern areas overlooking the Sea of Oman, and the pre-emptive measures to ensure public safety and business continuity in the affected areas,” the statement added.

Some eastern coastal areas of the country will be affected from tomorrow, Sunday, October 3, until Tuesday, October 5, the statement added.