Trump the Oath Breaker: Low-Intensity War With Iran is About to Escalate

In the hours leading up to U.S. President Donald Trump’s announcement that the U.S. would withdraw from the Iran nuclear deal, Israel sent warnings to residents of the Golan Heights, telling them that Iran may attack and that they should build bomb shelters.

The day before, on April 7th, Israel sent armored cars armed with missile launchers to the Golan Heights.

Trump’s decision to pull out of the Iran deal has caused shockwaves throughout the world; oil prices are increasing, European and American companies are scrambling to salvage lucrative deals with Iran and analysts are struggling to predict what will happen next.

The U.S. has signalled to its European allies and to Russia, China and Iran that it has lost faith in the diplomatic approach to curtailing Iranian power. And in this shift, the U.S. is siding more closely with Israel and Saudi Arabia, who both have long abandoned diplomacy in favor of armed conflict.

Trump’s decision may be the final capitulation to the Israeli and Saudi strategy, one that has adapted a war posture.

The Guise of Diplomacy and Failed Promise of U.S. Sanctions 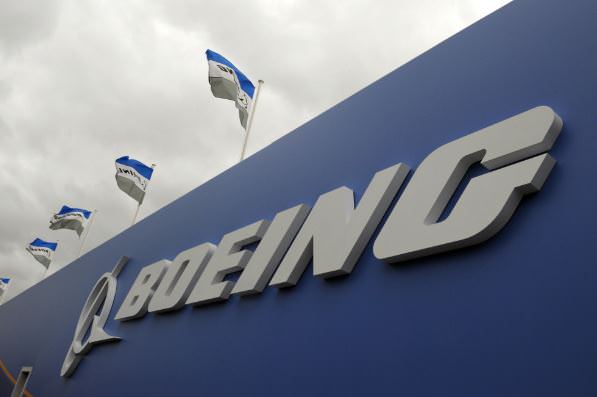 Trump’s announcement came with the caveat that he hopes Iranian will come to the table thanks to the pressure the renewed sanctions will exert. Richard Goldberg, an analyst at the Foundation for the Defense of Democracies, said that the withdraw gives Trump more diplomatic tools to pressure Iran—tools that were relinquished by the initial agreement that lifted sanctions.

While his withdrawal does give the U.S. the ability to impose sanctions again, the fact that it is unilateral dooms any potential for those sanctions to exert enough pressure on Iran to draw them back to the negotiating table with the U.S.

Put simply, Trump just isolated the U.S., putting a figurative ocean between it and Europe, Iran, Russia and China; the other signatories.

Boeing had plans to sell 100 jets to Iran; this deal was reportedly revoked by U.S. Treasury head Steve Mnuchin.

Airbus had delivered just three out of the promised 100 jets to Iran prior to the announcement; their deal was reportedly revoked. Renault wanted to export 150,000 new cars to the country. France’s oil giant Total had plans for a $1 billion offshore oil rig. Every such deal with Iran is now up in the air.

If Trump decides to not issue any waivers, he runs the risk of exacerbating trade tensions with Europe and the rest of the world, pushing thousands of jobs outside the U.S. as companies flock to countries that still maintain trade relationships with Iran. Boeing’s spokespeople said their deal alone would could provide about 100,000 U.S. jobs.

Trump would do palpable damage to the U.S. economy, making the EU look more hospitable for certain businesses. It may also push Iran to simply violate the agreement and begin aggressively pushing for nuclear weapons since it has little to lose according Hussein Ibish, a Senior Resident Scholar Arab Gulf States Institute in Washington (AGSIW), told Al Bawaba.

If he decides to be lenient and grant many waivers for these companies, then he will all but nullify any pressure the sanctions could build on Iran.

The situation, it seems, is a lose-lose for the U.S.

While U.S. and Israeli intelligence were reportedly picking up abnormal Iranian military movements before the Trump announcement, the build-up of Israeli troops close to Syria has been a long-building development.

In fact, Israel has been, through a combination of local proxy groups in Syria and airstrikes, waging a quiet war against Iran.

But after Trump’s decision, Israeli forces appear to be prepared for more direct confrontations with Iranian and Syrian targets.

On May 7th, the day before Trump’s announcement, Israeli Multiple-Launch Rocket Systems (MLRS) were photographed, reportedly in the Golan Heights. The MLRS system purchased by Israel from Lockheed Martin in 2016 can fire rockets up to 70 km away with a high level of precision. Several Iranian bases and operational centers are within 70 km of the Golan Heights.

The MLRS is not used for anti-air defense, but for volleys of rocket fire onto ground targets, meaning their reported deployment would not be used to intercept Iranian jets or drones.

In the hours after Trump’s announcement, Israeli jets bombed a military convoy south of Damascus, reportedly killing 15, including 8 Iranians.

Israel has also been providing support to Syrian oppositions troops in southern Syria to function as a kind of border police against creeping Iranian influence. Israel’s plans to expand that influence will inevitably run into Iranian-backed militias such as the Brigade 313, which operates in the same region.

Israel has long abandoned diplomacy with Iran and its prime minister, Benjamin Netanyahu, lauded Trump’s decision to pull out of the nuclear deal.

So too did Saudi Arabia, who have similarly favored military confrontation with Iranian proxies over diplomacy. Saudi has been entangled in a proxy war with Iranian-backed Houthi rebels in Yemen since 2015, and appears to have no plans to begin dealing diplomatically with growing Iranian influence in the region.

The fact that Trump is being cheered by those already engaged in proxy conflicts with Iran should be taken as a sign that he's beginning to see things from their perspective.

No one seems to want all-out war with Iran, except maybe Trump’s closest security advisor John Bolton. Very few parties appear to actually be ready for a military confrontation with Iran.

Nonetheless, Trump’s decision to pull out of the nuclear deal may make it more difficult to avoid a low-intensity proxy war with Iran.