Tunisian President Kais Saied said late Wednesday that he has decided to abolish the body established in 2014 to monitor the constitutionality of laws and to assume the task of preparing amendments related to political reforms through a commission constituted by him. 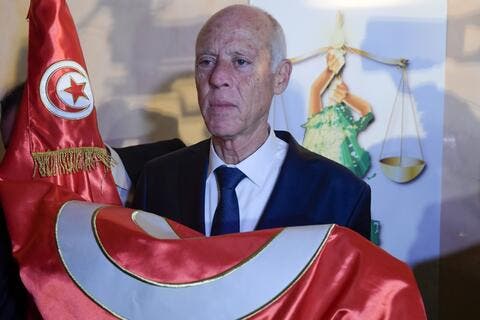 The announcement came in a statement by the presidency titled "Presidential Order Concerning Extraordinary Measures.”

On July 25, Saied ousted the government, suspended parliament and assumed executive authority. While he insists that his exceptional measures are meant to "save" the country, his critics accuse him of orchestrating a coup.

"Saied has denied having dictatorial aspirations, insists his moves are constitutional and has vowed to uphold the rights of Tunisians." OK, Bonaparte https://t.co/r8GN7A6W5t

President Saied "will prepare the draft amendments related to political reforms with the help of a commission” he will personally form, the statement said.

Over the past few days, several political parties have expressed their rejection of the possibility of Saied freezing the constitution, fearing the return of tyranny and one-man rule.

In another development, the Hope and Action Movement said Wednesday that its deputy Yassine Ayari has been released from Mornaguia prison in the capital after his arrest on July 30 for insulting the military, which he denied.

In addition, the National Committee for Left Fighters and the Voice of Human Society civil society organizations asked Saied during a press conference Wednesday to apologize to the victims of tyranny during the pre-2011 revolution.

"The President of the Republic is obliged to apologize to the victims of tyranny” and compensate them, said Makram Al-Hajri, a spokesman for the committee.

He said the president should issue “a direct and binding response to us in which he pledges to implement all the outputs of the oversight bodies." 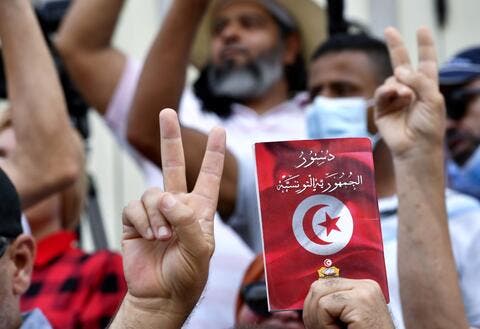 On June 24 last year, the country's Official Gazette published a final report of the Truth and Dignity Commission which included the need for reparation and non-repetition of violations in the implementation of the transitional justice process which began at the end of Dec. 24, 2013.