The jailing of a prominent lawyer on March 2, 2022, for arguing with police officers is an alarming new step in the confiscation of civil liberties since President Kais Saied seized extraordinary powers on July 25, 2021, Human Rights Watch said today.

Abderrazak Kilani, a former government minister and head of the national bar association, is one of the most prominent Tunisians to be put behind bars for his peaceful expression since the ouster of the authoritarian President Zine el-Abidine Ben Ali in 2011.

A military court has charged Kilani, a civilian, in connection with a verbal exchange he had with security officers who were denying him access to a hospital on January 2. He was trying to visit a client who had been taken there while under a form of house arrest. During the exchange he criticized the president.

Kilani faces charges of “disturbing the public order,” “insulting public officials,” and “inciting [members of the security forces] by violence, assault, threats, or fraudulent practices to cease performing their individual or collective duties,” under articles 79, 125, and 136 of the penal code, Samir Dilou, one of his lawyers, told Human Rights Watch.

The military court claims jurisdiction apparently because the speech in question was addressed to members of the security forces, Ridha Belhaj, another of his lawyers said. Kilani faces up to seven years in prison if convicted.

Kilani, 67, served as a deputy prime minister for relations with the Constituent Assembly from 2011 to 2013. He also has served as head of the bar association and as ambassador to the UN in Geneva. He is active in the Citizens against the Coup, an informal group of Tunisians who openly oppose Saied’s seizure of special powers.

On January 2, Kilani went to Habib Bougatfa hospital in the city of Bizerte, upon learning that his client, former justice minister Noureddine Bhiri, had been transported there. Plainclothes police had detained Bhiri on December 31 and his whereabouts were unknown until two days later, when his family was informed he was at the hospital, under guard, and on a hunger strike to protest his placement under assigned residence without charge.

Although Tunisian authorities had allowed the National Authority for the Prevention of Torture (l’Instance nationale pour la prevention de la torture, INPT) to visit Bhiri in the hospital on the evening of January 2, they refused to allow Kilani or any other defense lawyer to see him. Bhiri, who is vice-president of the Ennahda Party, remained in detention at the hospital until March 7, when authorities freed him. The authorities did not allow Bhiri’s lawyers to see him during this confinement.

The speech that apparently prompted Kilani’s prosecution was captured by telephones and placed on social media. In that video, Kilani warned the officers who were barring him from seeing his client: “You are exposing yourself, your family and your future to a danger. Do you think [Taoufik] Charfeddine [the interior minister] is going to protect you when, unfortunately, he has no understanding of the law or, [President] Kais [Saied]? No one is going to protect you except the law.”

“We made the best constitution in the world, and he [the president] made it look like a rag. Our constitution states that the security is republican, and the army is republican, and the security should remain at the same distance from everyone (…) As per the law, you cannot restrain a citizen from entering the hospital unless the director of the hospital requires you to do so.”

On March 2, Kilani answered a summons from a Tunis Military Court investigating judge, who sent him for pretrial detention. On July 25, Saied dismissed Prime Minister Hichem Mechichi, suspended parliament, and stripped its members of immunity, saying it was necessary to act decisively to strengthen the country’s lagging economy and Covid-19 response.

On September 22, he suspended most of the Constitution to grant himself almost unlimited power to rule by decree. On December 13, he announced a roadmap for 2022 that includes a national referendum on a revised constitution in July and parliamentary elections in December.

In February, he concentrated powers further in his hands by dissolving the High Judicial Council, a constitutional and independent body established after the country’s 2011 revolution to guarantee judicial independence. Saied appointed a provisional body in its place whose members he plays a dominant role in selecting.

Over the past years, the Tunisian authorities have been prosecuting civilians in military courts under the military justice code or other legislation such as the Law no. 82-70 of August 6, 1982, on the General Status of the Internal Security Forces, on the basis that offenses involving agents of the Internal security forces “while performing their duties” are to be judged “before the competent military courts.”

Members of Parliament Yassine Ayari, Seifeddine Makhlouf, and Nidhal Saoudi have all been prosecuted in military courts for speech offenses in recent months. On February 14, a military court sentenced Ayari in absentia to 10 months in prison on charges of insulting the president and the army. 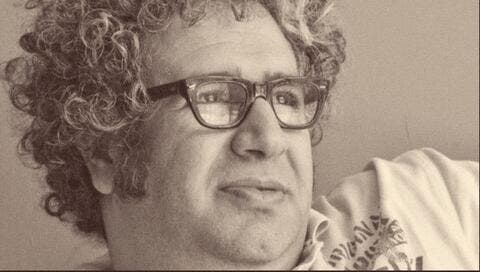 Prosecuting a civilian before a military tribunal violates the right to a fair trial and due process guarantees. Under international human rights law, governments are prohibited from using military courts to try civilians when civilian courts can still function.

The Resolution on the Right to a Fair Trial and Legal Aid in Africa noted that “the purpose of Military Courts is to determine offenses of a pure military nature committed by pure military personnel.”

“It’s bad enough that Tunisian authorities are jailing a top lawyer for trying to persuade the police to let him see his client,” said Chellali. “To use military justice to go after him compounds the injustice.”