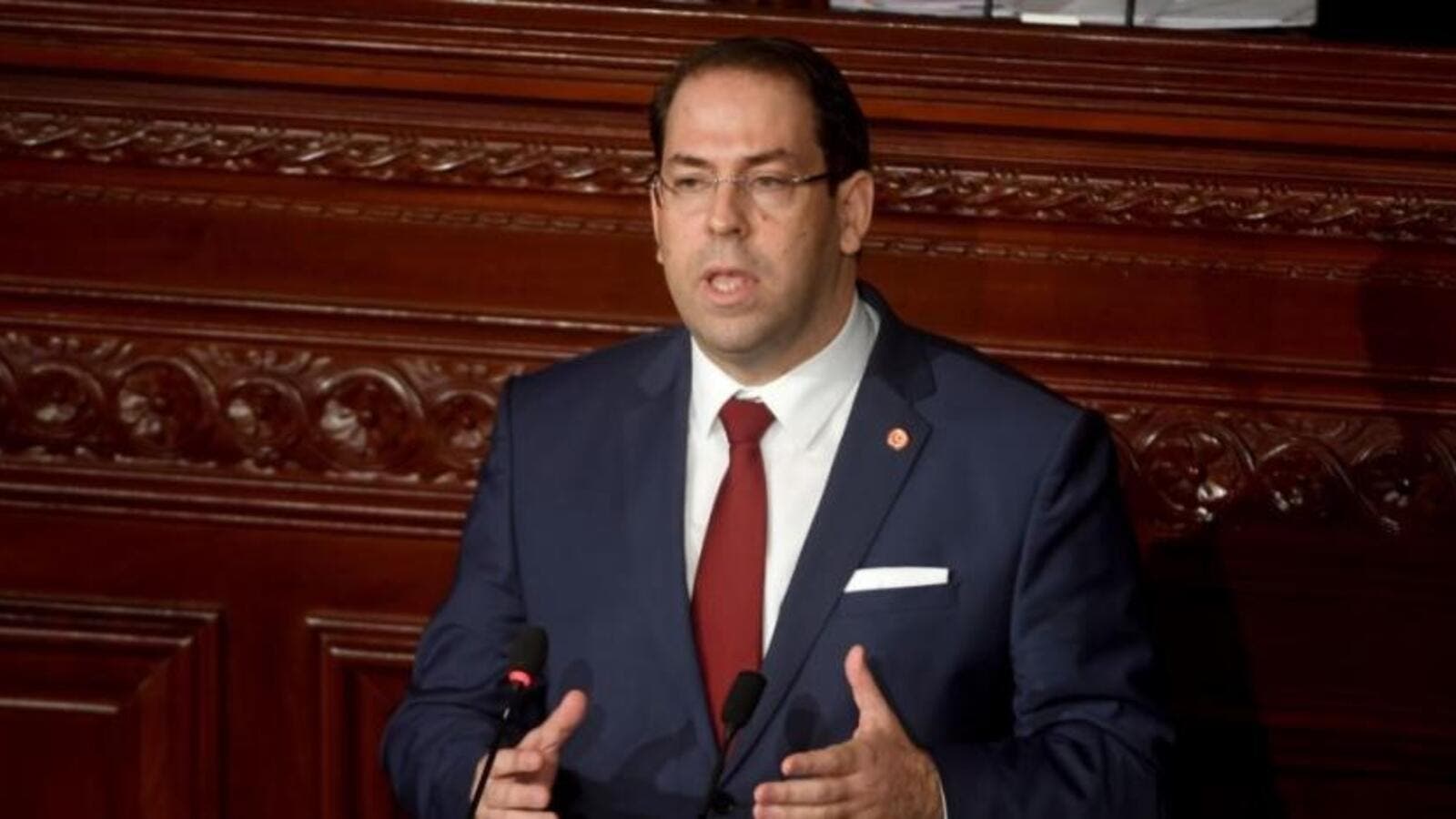 Chahed described winning this confidence a "victory for democracy."

Opposition MPs have strongly criticized his government, both the former and the newly formed one, out of concerns "it will continue along the same path of development and will not deviate from liberal choices.”

Following the vote, the Nidaa Tounes bloc sacked five of its members because they voted in favor of the new government.

Nidaa Tounes former spokesperson Munji Herbawi and another member of the bloc also announced their resignation.

"This will not affect the party's desire to maintain cooperative relations with the Nidaa bloc and does not detract from its pivotal role in the political scene, now and later.”

Hours after the vote, human rights and left-wing organizations and other conservative movements demanded the overthrow of Chahed’s government, whose ministers have not yet been sworn in.

They also challenged the legitimacy of a number of its ministers for many reasons, notably the appointment of French-Jewish Rene Trabelsi, who earlier this year defended the relocation of the US embassy in Israel to occupied Jerusalem, as minister of tourism.

Prominent left-wing parliamentarians also accused the newly formed government of normalizing ties with the Israel, saying it was “building a new political class and bowing to the agendas of the International Monetary Fund and western capitals.”

However, the Premier’s advisers and leaders of Ennahda played down the seriousness of the accusations against Trabelsi, citing his statements in which he denied being an Israeli national, along with his Tunisian and French nationalities.

Meanwhile, political decision-makers, whether loyal to Chahed’s government or its opponents, were awaiting the president’s stance and his loyalists, such as leaders of the Tunisian General Labor Union, merchants and industrialists.

There are fears that President Beji Caid Essebsi and his close associates will destabilize the political scene by stoking security and political crises that may lead to a series of labor, social and youth strikes aimed at postponing the elections.