Turkey to Ease Voluntary Return of One Million Syrian Refugees

Published May 3rd, 2022 - 09:08 GMT
A Syrian woman sits in a tent with her son as others wait for food distribution on March 3, 2020 in front of the Pazarkule border crossing to Greece, in Edirne.AFP / BULENT KILIC
Highlights
Since 2016, around 500,000 Syrians have returned to safe zones in northern Syria, says Recep Tayyip Erdogan.

Turkiye is preparing a new project that would allow the voluntary return of 1 million Syrian refugees to their country, the nation’s president said on Tuesday. 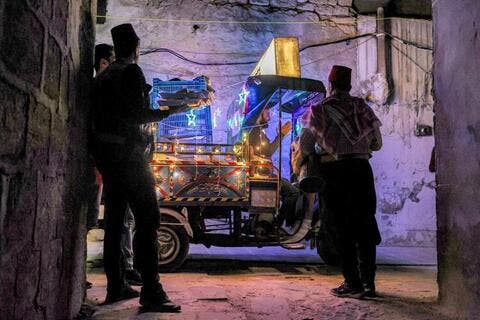 In Pictures: Volunteers and a 'Musaharati' Deliver Pre-Dawn Meals in Syria

“We will carry out this project soon with the support of national and international non-governmental organizations,” Recep Tayyip Erdogan said at the inauguration ceremony of newly built houses in Idlib in northern Syria.

Since Turkiye launched its cross-border anti-terror operations in 2016, around 500,000 people have returned to safe zones in northern Syria, the president said via video link.

He underlined that over 57,000 houses for around 50,000 families have so far been built in the Idlib area.

In total, there will be 100,000 houses that will contribute to alleviate the suffering of Syrians, Erdogan said.

He also said the area where houses are being built will also have a mosque, school, healthcare center, bakery, social facility, and playground.

The project will be realized in coordination with local and international NGOs as well local 13 different local councils in northern Syria, according to Erdogan.

Turkiye has been an active provider of humanitarian aid in different parts of the world without any discrimination, he said.

Recently, Turkiye sent over 5,000 tons of humanitarian aid to Afghanistan and 100 truckloads of aid to war-hit Ukraine, Erdogan added.

Soylu, who was in Idlib for the inauguration of newly built houses in the city, also visited some families who settled in their new homes in the Kemmune region and exchanged greetings for Eid al-Fitr, a three-day festival marking the end of the Muslim holy month of Ramadan. 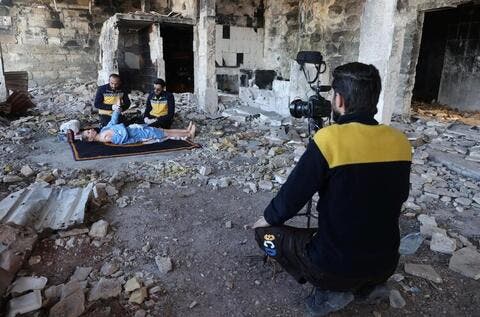 Since 2016, around 500,000 Syrians have returned to safe zones in northern Syria, says Recep Tayyip Erdogan

Syria has been locked in a vicious civil war since early 2011, when the regime cracked down on pro-democracy protests.

Since then, hundreds of thousands of people have been killed and more than 10 million others displaced, according to UN estimates.