NATO Secretary-General Jens Stoltenberg said Tuesday that the 30-member Western military alliance has reached a deal to admit Sweden and Finland after Turkey, a previous holdout, agreed to it. 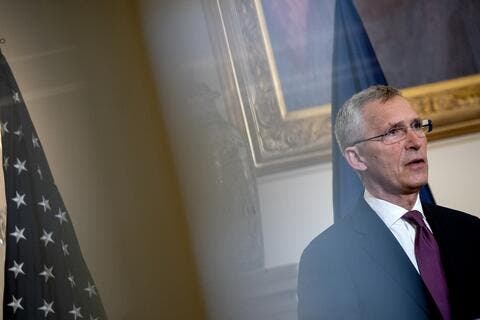 During the NATO summit in Madrid on Tuesday, Stoltenberg facilitated the signing of a joint security pact by foreign ministers of Sweden and Finland that addressed Turkey's concerns, clearing the way for Finland and Sweden to join the alliance.

BREAKING: The leaders of Turkey, Sweden & Finland have just signed a memorandum for the two Nordic states to join NATO, removing a Turkish block to the accession process, a source said.
“It’s a three-way agreement on accession,” the source said. @jensstoltenberg to make statement

The move "sends a very clear message to [Russian] President [Vladimir] Putin that NATO's door is open," Stoltenberg told reporters. "He wanted less NATO, now President Putin is getting more NATO, on his borders. So what he gets is the opposite of what he actually demanded."

Sweden and Finland, which have long favored neutrality, changed their stances since Russia's invasion of Ukraine and announced last month that they would apply for NATO membership.

Turkish President Recep Tayyip Erdogan had previously objected to NATO applications of Sweden and Finland based on accusations that the countries had harbored members of the Kurdistan Worker's Party, a militant group that seeks independence from Turkey.

Stoltenberg said earlier this month at a press conference that Turkey's concerns over Sweden and Finland's NATO bid were "legitimate."

Last week he said during an online discussion hosted by Politico that his goal was to add Sweden and Finland to NATO "as soon as possible," adding that it will "make them safer, NATO stronger, and the Euro-Atlantic area more secure."

Turkey has extracted it says all it wants from Sweden& Finland to lift its opposition to their Nato membership, including arms supplies & abandoning Kurds etc.If true, shows the unprincipled flexibility of Swedish& Finnish values when challenged by Erdogan’s power play.

On Tuesday, the president issued a statement of congratulations to the two Nordic nations and Turkey for their agreement and expressed support for the ascension of Finland and Sweden to NATO membership.

"Finland and Sweden are strong democracies with highly capable militaries," Biden said. "I look forward to working with NATO Secretary General Stoltenberg, our allies and with Congress to ensure that we can quickly welcome them into our alliance."