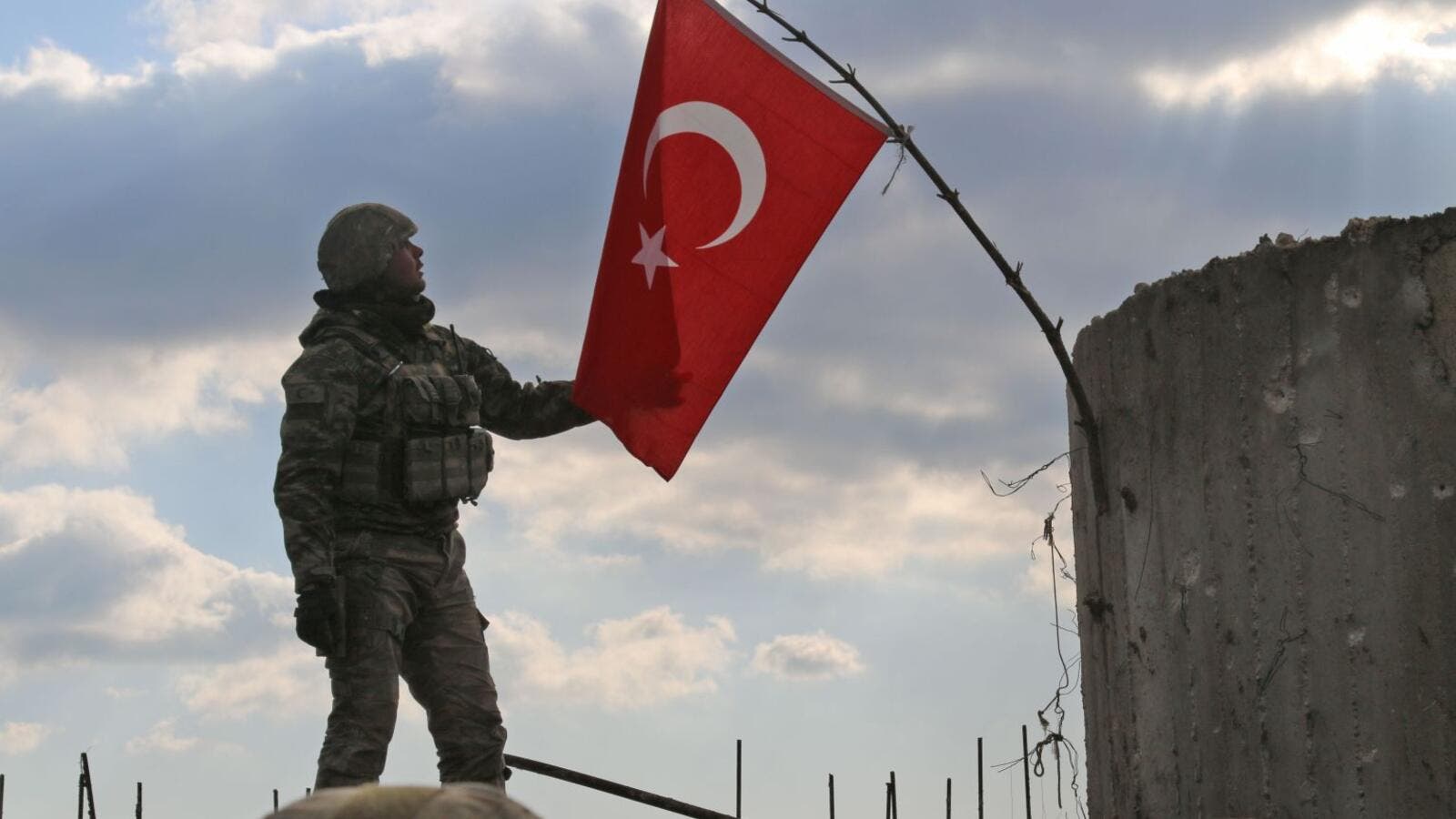 A Turkish soldier checks the national flag on a mountain on the Syrian-Turkish border, north of Azaz on Jan. 28, 2018. (AFP/ File)

Turkey's National Intelligence Organization (MIT) said on Wednesday it has captured a key plotter of the 2013 Reyhanli attack from the Syrian port city of Latakia.

According to information gathered by Anadolu Agency, the MIT brought Yusuf Nazik to Turkey with a "pinpoint operation" and began interrogation on the deadly attack that killed scores of people in southern Turkey.

Nazik, 34, who was marked in the blue category of the Interior Ministry's wanted terrorists list, confessed that on a tip off from Syrian intelligence units, he scouted the crime scene prior to the attack and moved explosives from Syria to Turkey.

He added that he procured two vehicles to move the explosives.

Nazik, who was born in Antakya city in Turkey's southern province of Hatay, confessed that he was acting on orders from Syrian intelligence units, adding: "I was not able to escape from the Turkish state," in video footage available with Anadolu Agency.

Nazik, during interrogation, reportedly gave out detailed information about Mihrac Ural -- a terrorist responsible for the Reyhanli attack who is being sought by an Interpol red notice -- and called out on other fugitive terrorists to surrender.

Turkey blames Ural for a spate of attacks in May 2013 in the town of Reyhanli in Turkey’s southern Hatay province that left 53 people dead.

The May 2013 bombings in Reyhanli district of Hatay, near the Turkish border with Syria, left 53 people dead. A total of 912 buildings, 891 workplaces and 148 vehicles were heavily damaged in the attack.

On Feb. 23, 2018, a Turkish court sentenced nine of the 33 suspects with aggravated life imprisonment and 13 others with jail time ranging from 10 to 15 years.