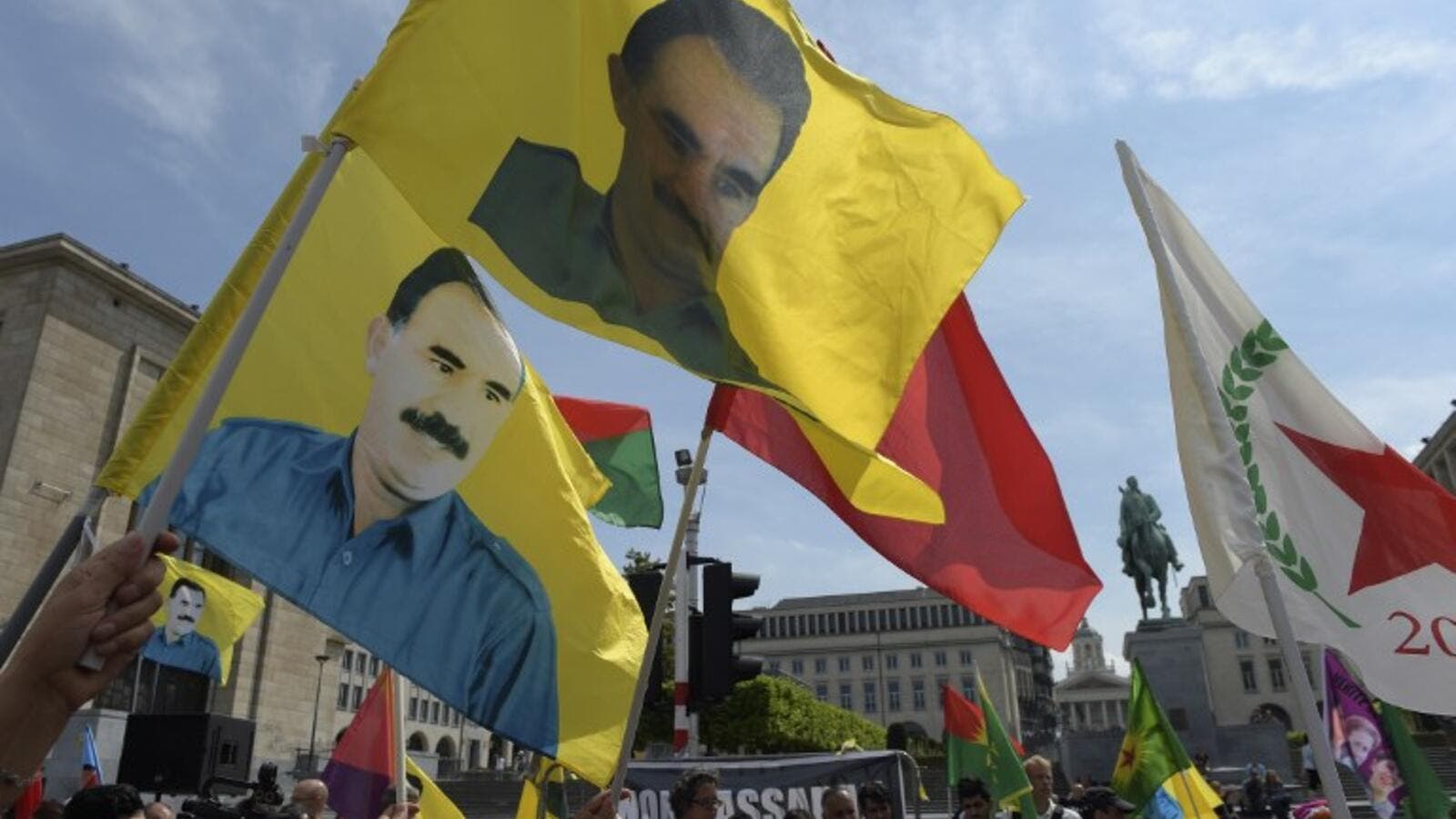 Kurdish protesters wave flags of the PKK organization during a demonstration against Turkish military operations. (AFP/File)

Six people have been detained in eastern Turkey on charges of ‘disrupting the unity and territorial integrity of the state.’

The charges focus on alleged calls made for so-called self-governance in certain southeastern districts of Turkey, police sources have said.

Police organized simultaneous operations in the eastern province of Van’s Ercis district as part of an investigation into the comments made during a press conference last October.

Six people -- including the former provincial co-chair of the Democratic Regions’ Party (DBP), Munir Aras -- were detained on charges of "disrupting the unity and territorial integrity of the state".

Previously, prosecutors in Mardin province demanded life sentences for eight people, including the co-mayor of Nusaybin district Sara Kaya, who were accused of declaring self-government in late August.

Self-governing areas were also declared in Nusaybin as well as towns across Sirnak, Hakkari and Mus provinces.

On Aug. 12, the organization PKK issued a call to form “people's assemblies” in parts of Turkey’s southeast, saying these “would not recognize state institutions and would form their own self-governance”.

On Aug. 19, seven people, including Sur co-mayor Seyid Narin and Silvan co-mayor Yuksel Bodakci were detained over similar "autonomy" claims and then removed from their posts.