Published October 3rd, 2022 - 11:45 GMT
The remains of a police car following an explosion provocked by Al-Shabaab militants' during an attacke to a police station on the outskirts of Mogadishu, Somalia, on February 16, 2022. (Photo by Hassan Ali Elmi / AFP) 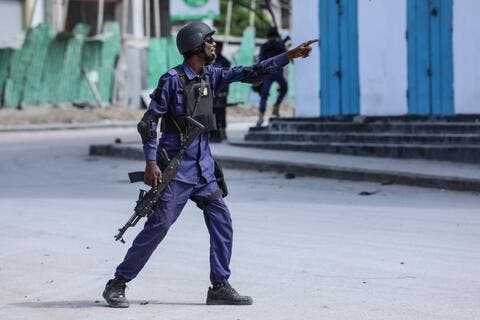 "The initial information we have received confirms the death of nine people" including state ministers and commissioners, said Mohamed Moalim Ali, a local police commander.