Two Missiles Land Near The US Embassy in Iraq's Green Zone

Published December 20th, 2021 - 07:11 GMT
The US embassy compound is pictured in Baghdad's Green Zone on May 20, 2019 in the Iraqi capital. (AFP)
Highlights
US Embassy in the Green Zone witnessed two rockets

Two Katyusha rockets were fired near the US Embassy in the Green Zone in Baghdad, according to the Iraq Security Media Cell on Sunday. 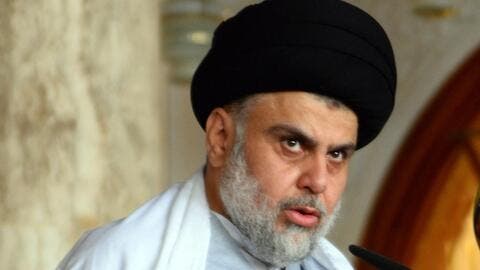 Iraq's Al Sadr is Against 'Dancing Concerts' From Egypt

The Iraq military said the American embassy's C-RAM defense system was able to intercept and destroy one of the rockets in the air Saturday. However, a second landed in a nearby square damaging two civilian cars.

🔴 IRAQ: ATTACK TO US EMBASSY IN BAGHDAD ON SATURDAY NIGHT!

Following the Sirens in US Embassy, 2 explosion were heard.
C-RAM'S are activated.
One Impact confirmed inside the Green Zone, other one destroyed. #BreakingNews #Video #Attack #RocketAttack pic.twitter.com/IWPQ6yx6af

The U.S. government has not yet publicly addressed the rocket strike, and it was not immediately clear what group was behind the attack.

The Green Zone is often a target for rockets and drone strikes because it also houses other foreign diplomatic missions including the British, Australian and Egyptian embassies along with other government buildings.

Earlier this month, the Defense Department announced that the U.S. military had ended its combat mission in Iraq. However, the military said about 2,500 troops would remain to serve in advisory and support roles.

"Many brave men and women gave their lives to ensure Daeshnever returns, and as we complete our combat role, we will remain here to advise, assist, and enable the ISF, at the invitation of Republic of Iraq," Maj. Gen. John W. Brennan, Jr. said in a statement. "We are confident that the fruits of our strong partnership will ensure Daesh will not reconstitute and threaten the Iraqi people."

That announcement came after Defense Secretary Lloyd Austin met with Iraqi Defense Minister Sadun al-Jaburi last month to ensure that U.S. forces would remain "at the invitation of the Iraqi government to support the Iraqi Security Forces." 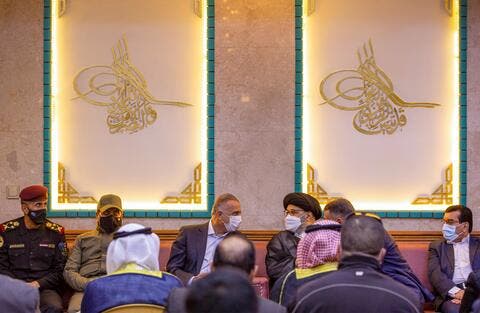 The United States had agreed that there would be no American soldiers serving in a combat role in Iraq during the July 2021 U.S.-Iraq Strategic Dialogue.

According to the Jerusalem Post, Iran-backed militias in Iraq have threatened to attack U.S. troops if they remain in Iraq after Dec. 31.