Two Suspects Arrested for Smuggling Relics from Syria into Lebanon 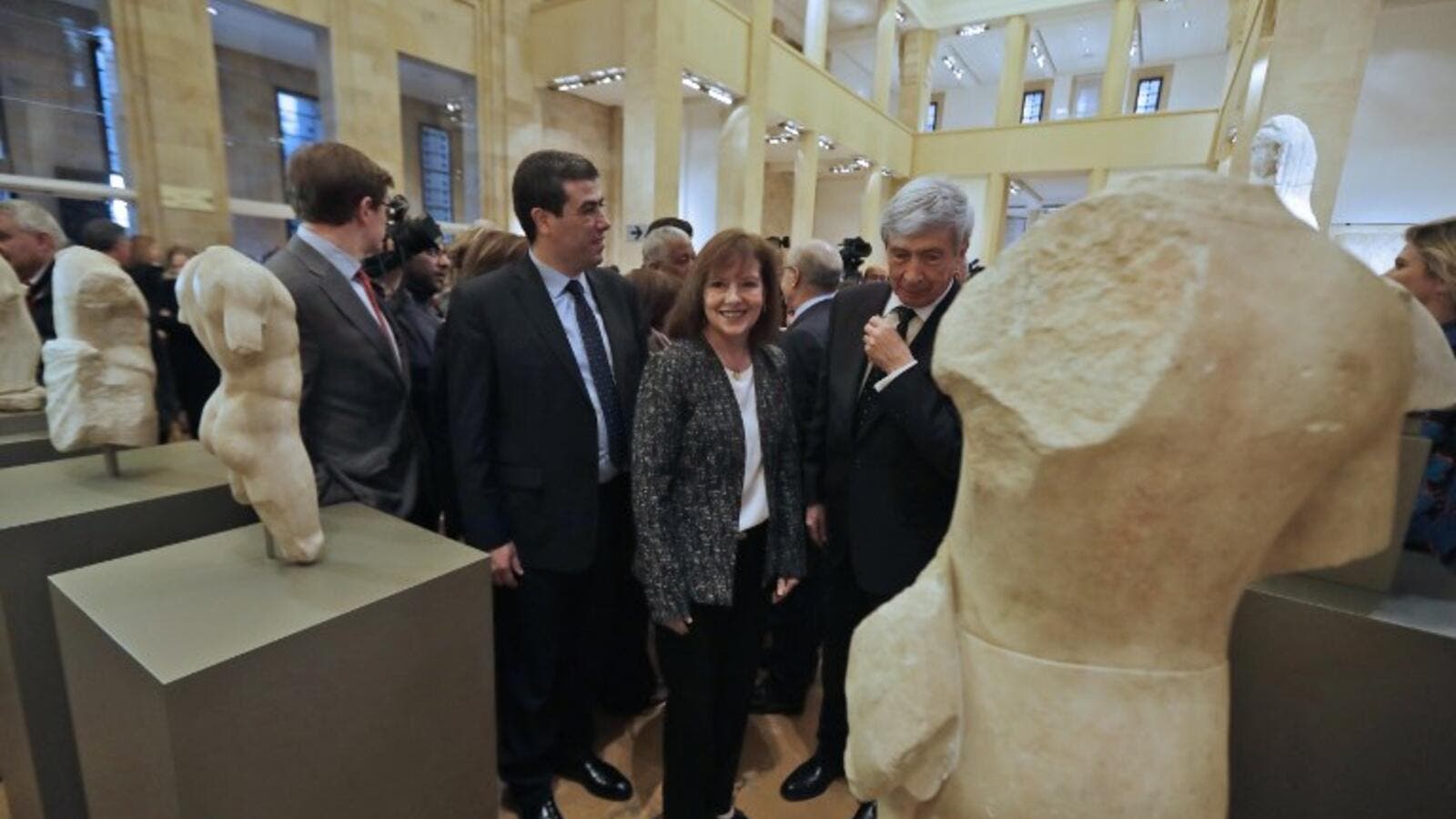 U.S. Ambassador to Lebanon Elizabeth Richards (C) inspects repatriated marble sculptures dating back to 4th to 6th centuries on display during a ceremony at Beirut National Museum in the Lebanese capital on February 2, 2018. The Lebanese Ministry of Culture and the Directorate-General of Antiquities repatriated in December 2017 and January 2018 five marble sculptures lost during the war in 1981. (JOSEPH EID / AFP)

State Security arrested two suspects Saturday for smuggling relics and artefacts from Syria into Lebanon. The first suspect, identified Hasan A. was arrested in the southern port city of Tyre, while his cousin Radwan A. was arrested in Chtoura in Zahle. The suspects reportedly brought small artefacts across the border in a shipment of food.

The suspects were referred to the Public Prosecutors office and the seized items were sent experts in order to determine if they are real or not and their archaeological value.

Since the beginning of the Syrian civil war, many reports have emerged about the trade in archaeological remains looted from the country’s rich historical sites. A large number of ancient sites have also been destroyed or damaged by successive waves of fighting across the country.

Trafficked archaeological objects intercepted by security forces have filled warehouses in Beirut as conflicts in Syria and Iraq have raged on. But now many of those same storage rooms lie empty as Lebanon became the first country in the region to repatriate the looted artifacts to their countries of origin.

According to the Lebanese Directorate General of Antiquities, security forces seized over 300 objects between 2012 and 2014 alone.

This included a truck carrying 79 objects, some of which belonged to the ancient site of Palmyra that had been overrun by ISIS.

Each retrieved piece is examined by the DGA to determine where it came from. A list of objects is then submitted to the country of origin and, upon its request, a plan for repatriation is agreed upon.

“If the competent authorities [in the country of origin] send us a repatriation request, we must comply with it,” Anne-Marie Afeiche, Director of the National Museum of Beirut, said in January 2017. “These objects are part of the cultural heritage of that country and we are responsible for their safety only as long as they are on Lebanese soil.”