UK Covid-19 Shoot up With Omicron The Most

COIVD-19 is delivering nations a one-two punch of highly contagious variants, Delta and Omicron, which was reported in South Africa less than one month ago, as Britain has been hit especially hard with a 45% weekly increase in all types of cases. 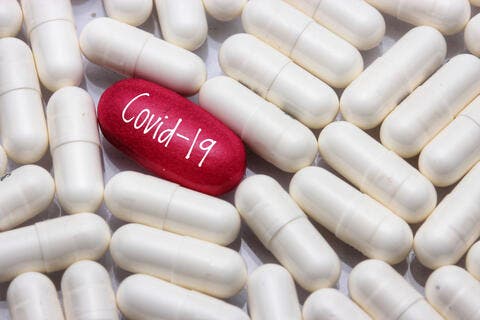 Nearly two years after COIVD-19 was first reported in Mainland China and one year after a vaccine was first distributed to combat the outbreak, world leaders are dealing with the latest crisis, including deciding on lockdowns and travel bans.

Omicron cases are doubling every 1.5 to 3 days in the countries where transmissions are documented, the World Health Organization said Saturday.

"It is spreading significantly faster than the Delta variant in countries with documented community transmission, with a doubling time between 1.5-3 days," according to the document. "Omicron is spreading rapidly in countries with high levels of population immunity and it remains uncertain to what extent the observed rapid growth rate can be attributed to immune evasion, intrinsic increased transmissibility or a combination of both."

Preliminary data have shown symptoms from the variants are generally less severe than Delta, but vaccines' effectiveness may be limited.

Data from England revealed "a significant reduction in vaccine effectiveness against symptomatic disease for Omicron compared to Delta after two vaccine doses of either Pfizer BioNTech-Comirnaty or AstraZeneca-Vaxzevria vaccines," the World Health Organization reported.

An additional 509,416 cases were added in the past week, just second behind the much larger population of the United States with deaths down 6% to 786. Fatalities' data didn't rise for a few weeks after a cases spike.

On Friday, the number haf Omicron variant cases had climbed to 24,968, according to the United Kingdom Health Security Agency. The death toll from the strain was seven, including the first one in the world Monday.

London reported 65,525 newly confirmed cases Saturday in the past seven days, including 26,418 reported in the last 24-hour period alone -- the highest number since the start of the pandemic, according to the statement. Hospitalizations in London have gone up 29%, according to the London Assembly.

"I think if we don't bring in new restrictions sooner rather than later, you're going to see even more positive cases and potentially public services like the NHS [National Health Service] on the verge of collapse, if not collapsing," London Mayor Sadiq Khan told the BBC.

"If we don't, the number of cases is only going one way."

Britain's Health Secretary Sajid Javid added that restrictions can't be ruled out and there are "no guarantees in this pandemic," including before Christmas on Saturday,

Javid said Parliament could be recalled if new measures were needed immediately. On Tuesday, around 100 Conservative lawmakers opposed the introduction of a vaccination pass to enter some large events.

Current Plan B rules for England include vaccination passes for certain events, face masks in more places and people urged to work from home if possible.

Although cases dropped 24% in Netherlands, the nation went into a hard lockdown on Sunday through at least Jan. 14 with schools and colleges, all non-essential shops and cultural institutions will be shuttered. The aim is to prevent the healthcare system from becoming overburdened in January, officials said.

Before the onset of Omicron, COVID-19 had already been at high levels in Russia, Germany, Ukraine and Poland.

Russia is lagging the world in vaccination with 48.4% of its population with at least one dose of a domestic-produced vaccine, including Sputnik 5, according to tracking by Bloomberg.

Germany is under a nationwide lockdown for the unvaccinated, including nonessential services. Large events are all banned.

Also, employees may enter their workplaces only if they show if they're vaccinated, have tested negative or have recovered from coronavirus.

And employers must offer a work-from-home option if the nature of the job allows.

On Saturday, opponents of vaccinations and ther policies demonstrated in several German cities.

In Hamburg, "No to compulsory vaccination!" was written on self-made placards, as well as "Hands off our children."

Coronavirus had been spiking Germany but deaths declined 2% in one week to 2,628, which is third behind Russia and Poland. Though cases declined 20%, the 287,267 amount was third most in Europe.

French Prime Minister Jean Castex said Friday it will require people to show proof of vaccination to enter some venues rather than also allowing negative tests.

India holds world daily records, not including major reconciliations: 6,148 deaths in June and 414,188 cases in May.

India, where the Delta variant emerged, has reported 143 Omicron cases.

India, which is the prime manufacturer of vaccines for the world, has a one-shot rate for the entire population of 60.4% in a ramped-up effort.

India, with the second-largest population in the world at 1.4 billion, has administered the second-most doses in the world behind China with 2.6 billion and ahead of the United States at 493.6 million. In all, more than 8.71 billlion doses have been administered, an increase of 620 million in two weeks with the world's population of 7.9 billion,, according to Bloomberg.

About 88.6% of Mainland China's population, which is the largest in the world at 1.5 billion, has received at least one vaccine dose.

The pandemic began in late 2019 in Mainland China, but the nation's death toll has stood at 4,636 for several months and 82nd behind South Korea at 4,722. China added 83 cases Sunday with the first Omicron infection reported Monday.

And public facilities, including restaurants and cafes, were added to businesses requiring proof of vaccination or a negative test for entry.

South Korea's vaccination rate is 83.7%, after getting off to a late start.

Japan reported no deaths again Sunday and six total in the past week with a total of 18,391.

Japan, which didn't administer its first vaccine doses until February, has vaccinated 79.3% of the 129.4 million population.

After Omicron emerged in the nation, all foreign nationals were banned from coming into Israel.

The United States and Canada also are banning travel from South Africa other nations on the continent.

The United States was allowing entry to fully vaccinated foreign travelers from 33 nations, including by air and land. Travel for U.S. residents was allowed earlier.

Canada earlier ended its advisory against non-essential travel for vaccinated citizens. Canada reopened its border to vaccinated Americans in August.

The United States' deaths decreased 5% and cases rose 3%. On Sunday, the United States reported 109 deaths and 66,751 cases though most states don't report data on weekends.

New restrictions are in place in Ontario.

Restaurants, gyms and many other indoor settings are capped at 50% capacity.

No more than 10 people can attend indoor social gatherings, which down from 25.

Canada has around one-third the rates per million than the United States with deaths 786 and cases 49,159.

Canada has the best one-shot vaccination rate of the three largest countries in North America at 82.2%. The United States is at 72.7% for one shot. Mexico's percentage is 65.6%, though it was the first Latin American nation to begin vaccinating people.

Peru has the world's highest death rate at 6,009 per million people.

The situation is actually easing in South Africa and symptoms are generally less severe than other variants.

Only 1.7% of cases were admitted to hospital in the second week of infections in the fourth wave, compared with 19% in the same week of the third wave which was spurred by Delta, South African Health Minister Joe Phaahla said at a news conference Friday.

About 7,600 people are hospitalized there with COVID-19, about two-fifths of the peak in the second and third waves.

"We are really seeing very small increases in the number of deaths," said Michelle Groome, head of health surveillance for the country's National Institute for Communicable Diseases.

And 90% of the deaths were attributed to those not fully vaccinated.

Africa has 16.72% of the world's population but its share of vaccinations is 3.2% at 279.8 million doses, according to Our World in Data.

South Africa's first-time vaccination rate is 31.7% and fully is 26.5%, according to tracking by Bloomberg.

New Zealand's deaths rose by three in one week to 49 with none Sunday. Australia's toll increased to 2,146, with 4 reported Sunday and 42 in a week.

Australia has a vaccination rate of 79.6% with New Zealand at 80.5% among the entire population.

New Zealand is now on a traffic light system based on vaccinations with only a portion in the north in Red. Auckland, which earlier ended its 107-day lockdown though unvaccinated people, will move from red to orange on Dec. 30.

In Australia, Victoria and New South Wales are no longer in lockdowns after months-long ones. 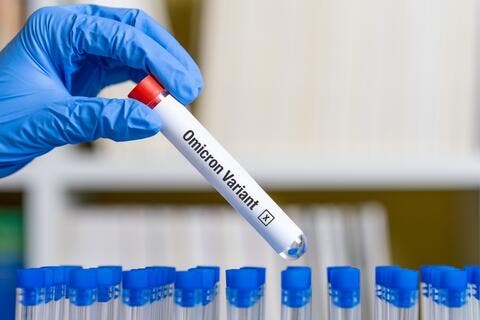 Guam, a territory of the United States with fewer than 200,000 residents, has 20 deaths, three in a week, and 19,369 cases, including three daily most recently. Its vaccination rate is 82.2% for the entire population, including 95% of those eligible, which is 12 and older, according to the Centers for Disease Control and Prevention. The agency is now capping all percentages at 95%.