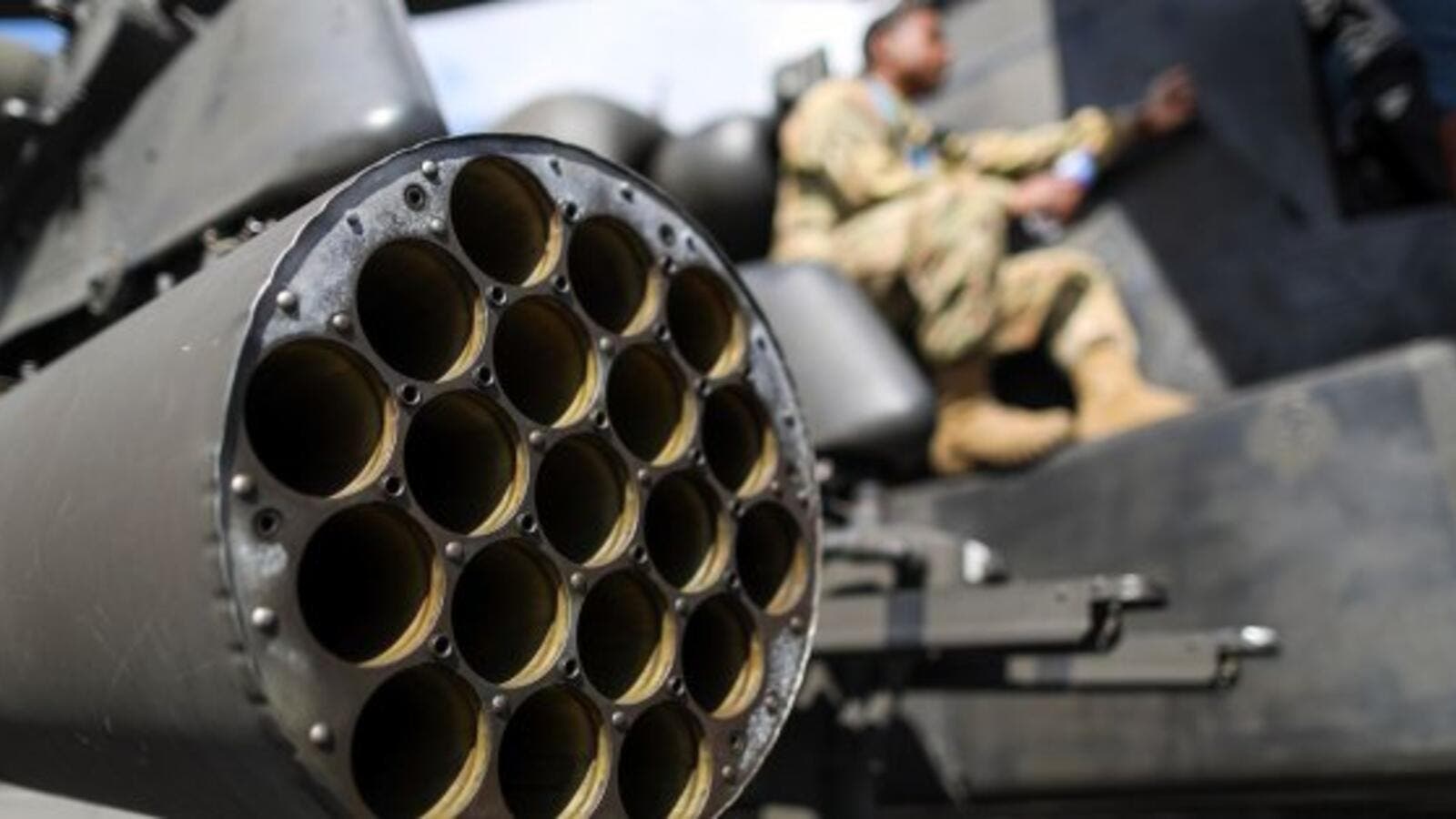 British weapons sold to Saudi Arabia to use in Yemen have been declared illegal (Twitter)
Highlights
In April, CAAT went before the UK Court of Appeal to overturn a 2017 High Court judgment which allows the government to continue with arms exports to Saudi Arabia.

British weapons sold to Saudi Arabia to use in Yemen have been declared illegal by the court of appeal because of their inidiscriminate nature which have contributed to the deaths of thousands of Yemeni civilians, Campaign Against Arms Trade (CAAT) has announced.

"Campaigners have welcomed a Court of Appeal decision to overturn a 2017 High Court judgment which allowed the UK government to continue licensing the export of arms to Saudi Arabia for use in Yemen," the organisation said in a press release.

In April, CAAT went before the UK Court of Appeal to overturn a 2017 High Court judgment which allows the government to continue with arms exports to Saudi Arabia.

In their judgement, the court on Thursday accepted CAAT's appeal, branding it "irrational and therefore unlawful" to have previously approved the exporting license to Saudi Arabia without prior assessment on the humanitarian risk.

"The question whether there was an historic pattern of breaches of international humanitarian law ... was a question which required to be faced," the three judges - Rt Hon Sir Terence Etherton; Lord Justice Irwin and Lord Justice Singh - said as they concluded their verdict.

CAAT welcomed their victory, but said they should not have had to go to court to begin with.

"We welcome this verdict, but it should never have taken a court case brought by campaigners to force the Government to follow its own rules," Andrew Smith of CAAT said.

"The Saudi Arabian regime is one of the most brutal and repressive in the world, yet, for decades, it has been the largest buyer of UK-made arms. No matter what atrocities it has inflicted, the Saudi regime has been able to count on the uncritical political and military support of the UK."

He emphasised that the arms sales must now stop immediately.

"The bombing has created the worst humanitarian crisis in the world. UK arms companies have profited every step of the way. The arms sales must stop immediately."

The Yemen war entered its fourth year in March. Described as the world's worst humanitarian crisis by the United Nations, the war between Iran-backed Houthi rebels and the Saudi and UAE-backed government has left millions on the brink of famine.

At least 10,000 people are estimated to have been killed in the Yemen war since March 2015, although rights groups say the death toll is much higher.

British and American-made bombs may have killed or injured more than 1,000 Yemeni civilians, including women and children.