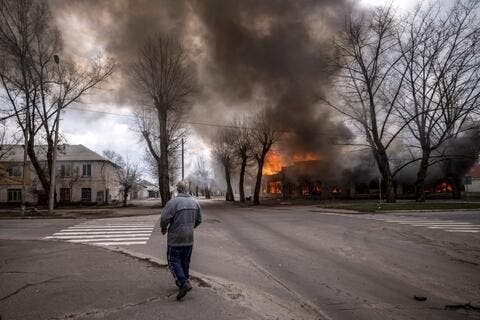 The warning was made in his nightly address on Tuesday, and followed explosions at a Kremlin military depot in Russia-annexed Crimea, which marked the second attack on the peninsula since the war broke out in late February.

While Russian forces blamed the explosion and subsequent fire on sabotage, Ukraine has yet to claim responsibility.

During his address, Zelensky did not state Ukraine was involved though seemingly suggested more attacks were to come in Russia-occupied territories.

He said the destruction of Russia's equipment means more Ukrainian lives are saved, and by reducing the opportunities they have "to do evil and kill Ukrainians" the sooner the war will end.

"Please do not approach the military objects of the Russian army and all those places where they store ammunition and equipment, where they keep their headquarters," he said.

"The reasons for the explosions in the occupied territory can be different, very different, in particular, I quote the definition of the occupiers themselves -- 'bungling.'"

An intelligence update from Britain's Ministry of Defense early Wednesday confirmed the explosion near Dzhankoi, stating it likely damaged a nearby railway and electricity sub-station.

The city of Dzhankoi is home to one of Russia's most important military airfields in Crimea and is a key road and a rail junction in supplying Russia's operations in southern Ukraine, making it function as a rear base area in its war.

British intelligence said the cause of the explosion and extent of the damage were not yet clear but that the deterioration in security across Crimea will likely have Russian commanders increasingly worried.

Russia illegally annexed Crimea from Ukraine in 2014 after mass protests ousted Russia-aligned President Viktor Yanukovych over his attempts to foster a closer relationship with Moscow despite the public's desire to be closer with Europe.

The warning from Zelensky and the explosion in Crimea comes after the president earlier this month seemingly vowed to take the occupied region back from Russia. 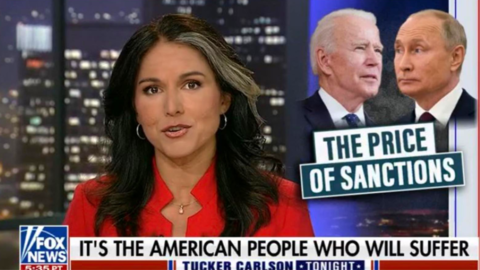 He said the war essentially began with Russia annexing Crimea and that as long as Kremlin forces can use it as a base no country in Europe is safe.

"This Russian war against Ukraine and against the entire free Europe began with Crimea and must end with Crimea -- with its liberation," he said.