Filling in for Fox News's Tucker Carlson on his daily political commentary show, US former congresswoman and runner for president Tulsi Gabbard raised eyebrows as she attacked the US-led sanctions by the West against Russia, saying the Western stance is "not about morality or the people of Ukraine". 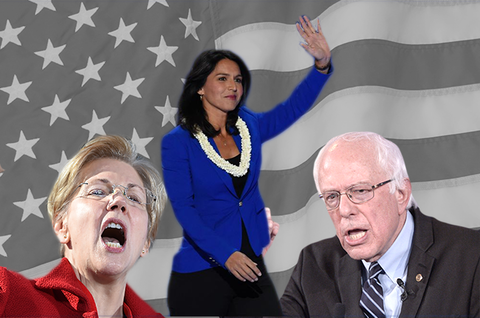 Where Will Tulsi Gabbard, Bernie Sanders or Elizabeth Warren Lead the American Empire?

Tulsi Gabbard on Russia sanctions, filling in for Tucker:

"It's never been about morality. It's not about the people of Ukraine or protecting democracy. This is about regime change in Russia and exploiting this war to strengthen NATO and feed the military industrial complex." 🔥 pic.twitter.com/3IbYEOnymQ

Hosting the "Tucker Carlson Tonight" show, Tulsi Gabbard accused the US and NATO leadership of "exploiting this war to strengthen NATO and feed the military-industrial complex", saying "it's never been about morality. It's not about the people of Ukraine or protecting democracy. ".

Tulsi Gabbard is a Russian asset

She infiltrated the Democratic Party, only to be a right-wing demagogue

She infiltrated our Army, only to be an enemy of NATO

She infiltrated our country only to be a friend of Putin

Now she’s filling in for Tucker Carlson & shilling for Trump

During the segment she dedicated to discussing the Western response to the Russian invasion of Ukraine, Tulsi Gabbard said that the energy crisis in Europe was caused by the Joe Biden administration so it paves the way for "regime change in Russia".

Tulsi Gabbard's controversial remarks were widely shared as anti-US and anti-NATO ones, with many social media users describing her as a "Russian asset to be held accountable".

Tulsi Gabbard is a lieutenant colonel in the army and has been on intelligence committees. She’s dealt with highly sensitive national security issues. She also hosted Fox News last night.

Remove Fox “News” from military bases now. This is a threat to our republic.

Some online people argued that the former Democratic legislator from Hawaii and the former army member was accused of being "a foreign agent" previously by several politicians, namely former first lady, and Secretary of State Hillary Clinton and the former runner for the Democratic nomination for president in 2020 Pete Buttigieg.

In response to Tulsi Gabbard's comments, some social media argued that she has been "held accountable" for working against US interests and promoting Russian propaganda.

Should FBI investigate Tulsi Gabbard for potential #Espionage as well? She is a Russian asset 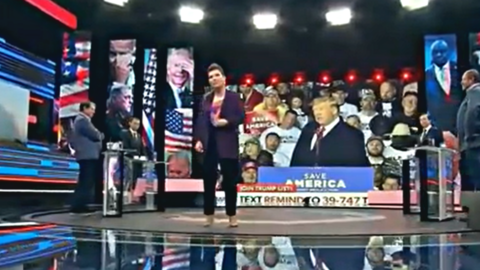 ‘We'll Have to Think Whether to Re-Install Trump as the US President’: Russian Anchor
— Aaron Parnas (@AaronParnas) August 13, 2022

Taking their anger following Tulsi Gabbard's remarks, some commentators demanded the "deportation" of Rupert Morduch, the American-Australian owner of Fox News, on which Tulsi Gabbard made her comments.

Who thinks Rupert Murdoch should be DEPORTED? ✋

لإhe anger towards Rupert Morduch was renewed for the role some Fox News commentators have played since the start of the Russian invasion of Ukraine, particularly Tucker Carlson's segments, some of which have been considered in favor of the Russian president Vladimir Putin.

A Tunisian Imam Suspended For Using 'Coup' in His Khutba