Ukrainians Go to The Polls to Elect New Parliament 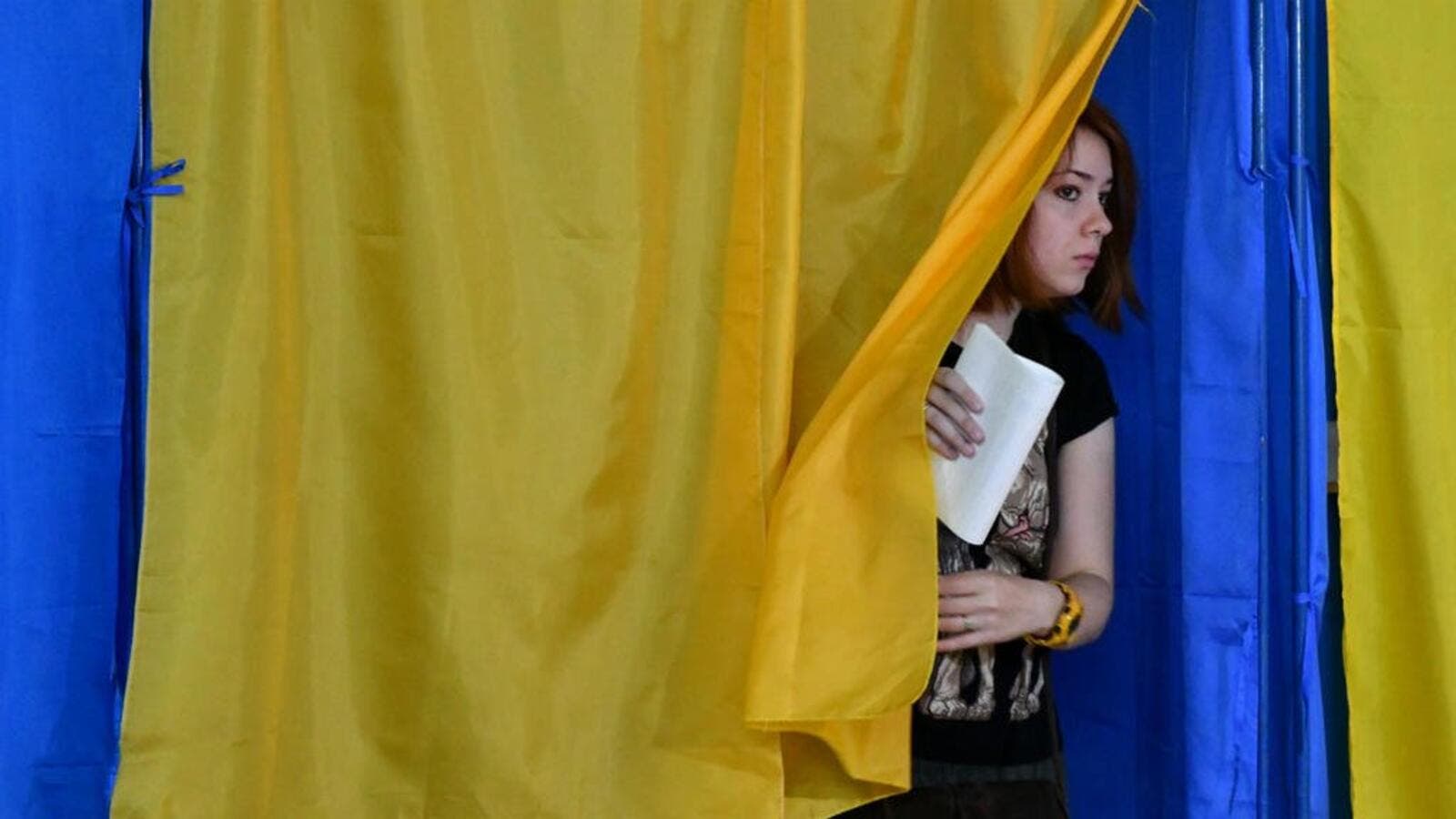 Ukrainians head to polls in snap parliamentary election (Twitter)
Highlights
Zelensky's rise has been viewed as a rejection of Ukraine's political elite for failing to improve living standards, root out corruption and end the conflict with pro-Russia separatists that began in 2014.

Ukrainians on Sunday went to the polls to elect a new parliament as comedian-turned-president Volodymyr Zelensky seeks to bring in political novices and consolidate his power.

Zelensky's newly-created party is expected to win the largest share of the votes in the election that should usher in a new era in the country dominated up to now by politicians who grew up when the country was part of the Soviet Union.

The leader's party Servant of the People -- named after a sitcom in which he played a president -- is predicted to get roughly half of the vote even though it barely existed before Zelensky won a landslide victory in an April presidential vote.

Zelensky's rise has been viewed as a rejection of Ukraine's political elite for failing to improve living standards, root out corruption and end the conflict with pro-Russia separatists that began in 2014.

The Ukrainian president must share power with parliament, which will nominate a prime minister and form a government.

Speaking in the run-up to the vote, Zelensky promised to put together a "technocratic government."

"My goal is to make Ukraine one of the fastest growing and developing European economies," he said in a video address.

Servant of the People may fall short of a majority and may need to form a coalition.

The ballot is expected to dramatically transform the make-up of the legislature, with analysts predicting that between 50 and 70 percent of the next parliament will be first-time MPs.

Out of the five parties leading in opinion polls, two are newly created -- Zelensky's own party and Golos (Voice), led by rock star Svyatoslav Vakarchuk.

Packed with young people new to politics, the two parties have gone as far as banning any candidates who previously served as MPs from their lists.

Their candidates include businesspeople, athletes, and activists. Their average age is 37.

The 41-year-old Zelensky, who shocked Ukraine in April by becoming the country's youngest ever post-Soviet leader, also invited ordinary Ukrainians to run for his party.

Whoever wins the election will inherit a country at the center of the West's standoff with Moscow following the Crimea peninsula's vote in 2014 to rejoin Russia and the ensuing conflict in the Donbass region that has killed 13,000 people in the past five years.

Russian President Vladimir Putin said in remarks published Friday he believes Russians and Ukrainians constitute one nation and that the countries should find a way to integrate.

“I believe that Russians and Ukrainians are one people ... one nation, in fact,” Putin said in an interview with the American film director Oliver Stone on June 19.

“When these lands that are now the core of Ukraine joined Russia ... nobody thought of themselves as anything but Russians.”

In light of this bond, Putin said “we can use this as our competitive advantage during some form of integration.”