Some 193 million people experienced “acute food insecurity” last year, a joint report by the EU and UN said on Wednesday, calling it a record figure and warning that the war in Ukraine will add to a “perfect storm” to make the hunger crisis even worse in 2022. 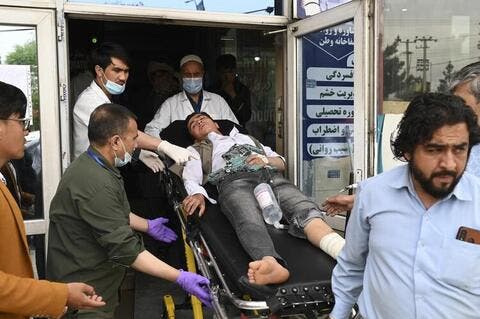 Acute food insecurity is defined as a lack of food so severe that it puts a person’s life or livelihood in immediate danger. Its most serious form is famine, leading to starvation and death.

The Global Report on Food Crises, compiled by the Food and Agriculture Organization (FAO), the World Food Program (WFP), and the European Union, has been monitoring it since 2016 when acute food insecurity was said to have affected 108 million people.

Last year’s figure of 193 million marked an increase of nearly 40 million from 2020. However, part of the increase is due to the fact that the latest report looked at a wider population sample.

In 2021, the countries with the highest numbers of food-insecure people were the Democratic Republic of Congo, Afghanistan, Ethiopia, Yemen, Nigeria, Syria, Sudan, South Sudan, Pakistan, and Haiti, the report said.

It added that around 570,000 people in Ethiopia, South Sudan, southern Madagascar, and Yemen faced famine. This was four times the number that was observed in 2020 and seven times higher than in 2016.

The report listed conflicts, extreme weather events, and economic shocks as the “key drivers behind rising acute food insecurity in 2021,” and said the outlook for 2022 was gloomier even before Russia attacked Ukraine on February 24.

“The unfolding war in Ukraine is likely to exacerbate the already severe 2022 acute food insecurity forecasts included in this report, given that the repercussions of the war on global food, energy, and fertilizer prices and supplies have not yet been factored into most country-level projection analyses,” it said.

The report also predicted “major deteriorations” in food security in northern Nigeria, Yemen, Burkina Faso, and the Niger due to conflict, as well as in Kenya, South Sudan, and Somalia, largely due to the impact of consecutive seasons of below-average rains.

“Conflict, the climate crisis, COVID-19, and surging food and fuel costs have created a perfect storm - and now we’ve got the war in Ukraine piling catastrophe on top of catastrophe,” the head of the WFP, David Beasley, said in a statement.

Today’s Global Report on Food Crises – led by the UN along with 16 partner organizations including @Oxfam – says that more than 193 million people across 53 countries are experiencing acute hunger and require urgent assistance. Oxfam's reaction: https://t.co/CEz2m4HGAy pic.twitter.com/vwga83wJ4D

“Millions of people in dozens of countries are being driven to the edge of starvation. We urgently need emergency funding to pull them back from the brink and turn this global crisis around before it’s too late,” he added.