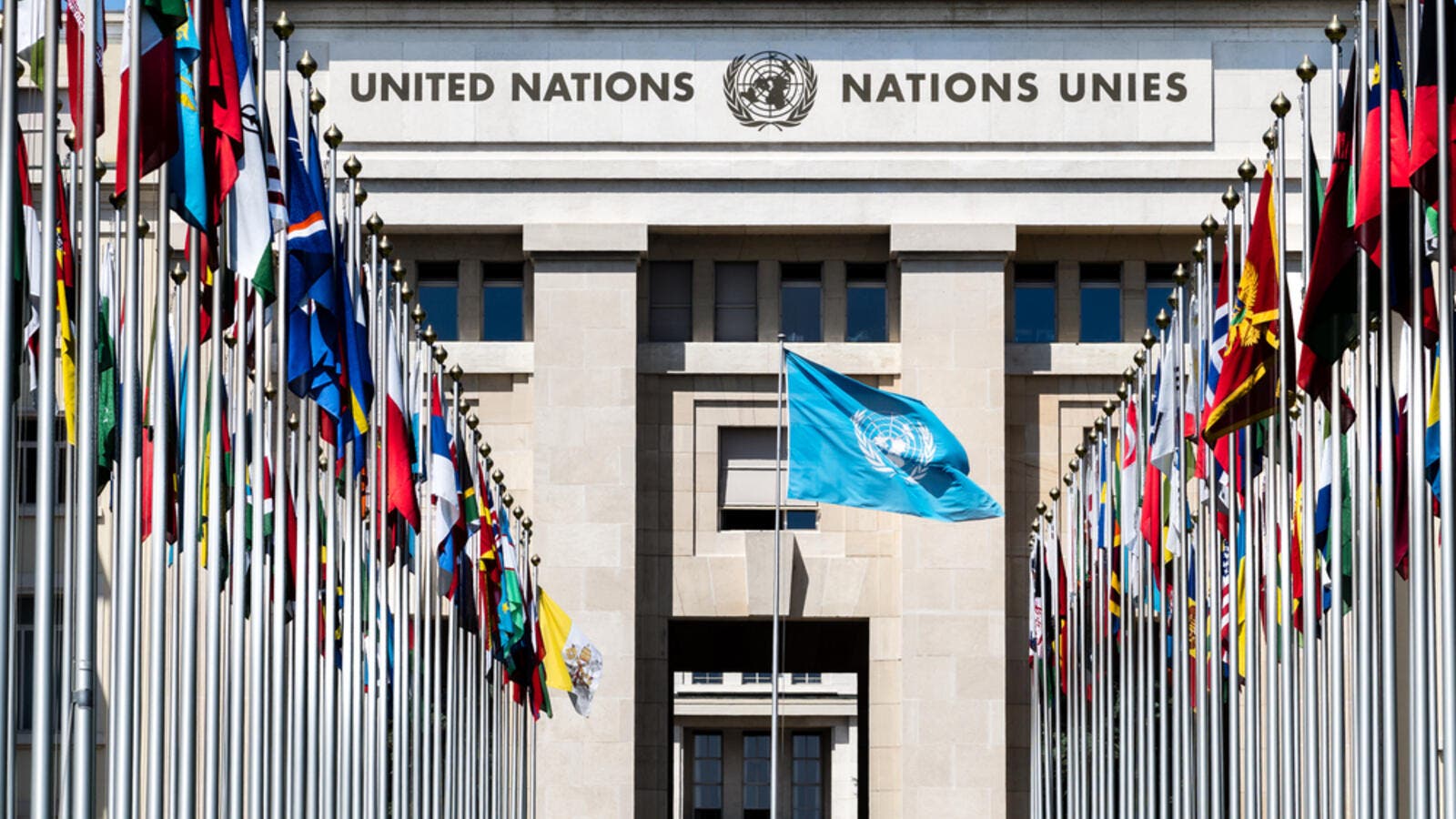 National flags at the entrance in UN office at Geneva, Switzerland. (Shutterstock/ File Photo)
Highlights
World body will have to cut wages unless it gets cash injection within weeks .

The United Nations has a budget shortfall of $1.4 billion this year and will have to start cutting staff wages unless non-paying member countries pay dues quickly, the world body said Tuesday.

Although 129 out of 193 UN members have paid their 2019 dues in full, 64 countries still owe money, including its top contributor, the United States. This leaves the institution with a 30 percent hole in its budget.

“The organization runs the risk of depleting its liquidity reserves by the end of the month and defaulting on payments to staff and vendors,” UN spokesman Stephane Dujarric told reporters in New York. “The secretariat could face a default on salaries and payments for goods and services by the end of November unless more member states pay their budget dues in full.”

By the end of September, only 70 percent of the total annual budget had been paid, compared to 78 percent at the same time last year, Dujarric said.

The General Assembly debate and week of diplomatic activities, which is held annually in September, was only possible because of emergency spending cuts made earlier in 2019, said Guterres.

“This month, we will reach the deepest deficit of the decade. We risk exhausting the closed peacekeeping cash reserves, and entering November without enough cash to cover payrolls,” Guterres told members.