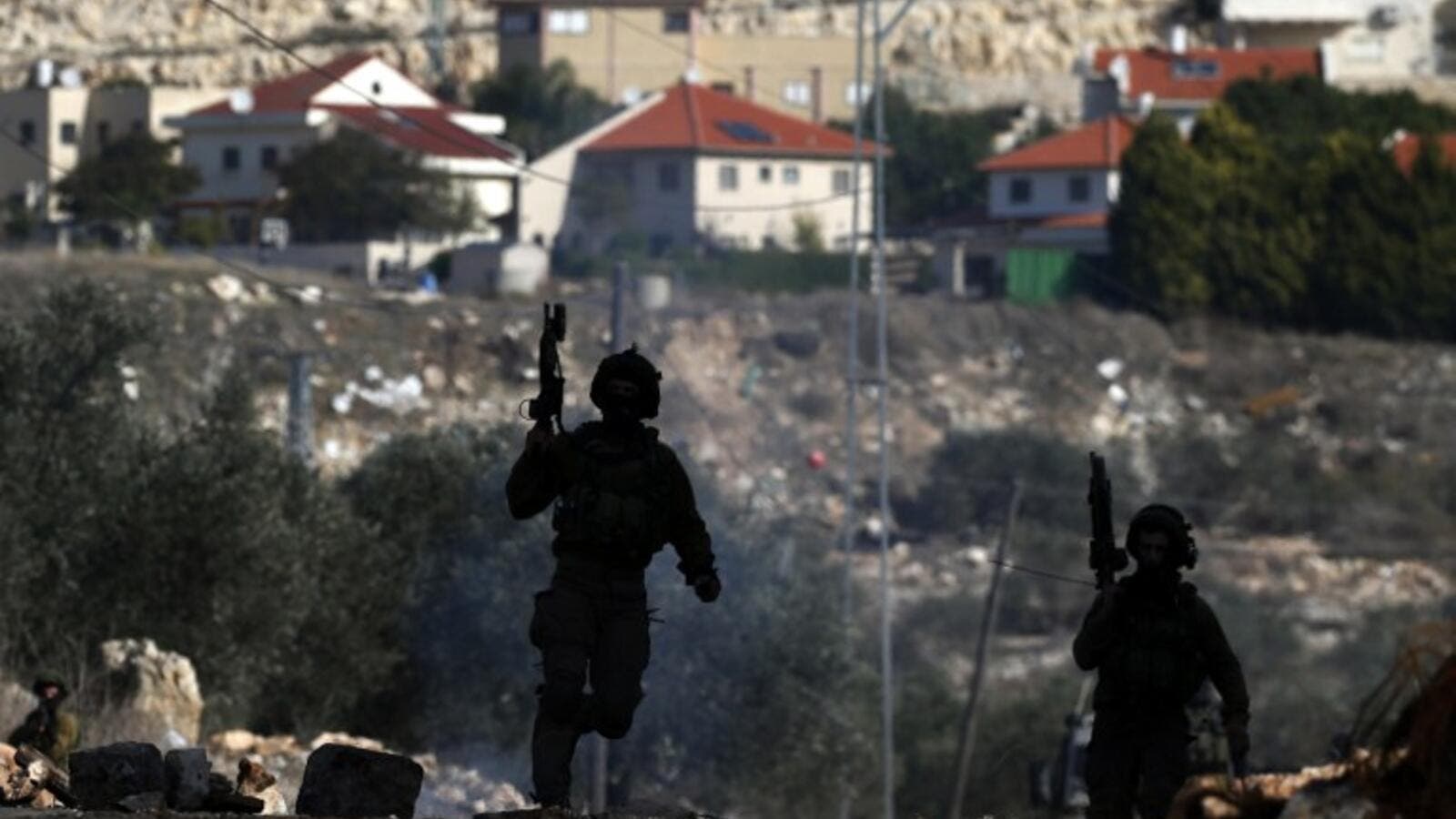 Israeli security forces take position near the settlement of Kadumim during clashes following a demonstration against the expropriation of Palestinian land by Israel in the village of Kfar Qaddum, in the occupied West Bank, on December 23, 2016. (AFP/Jaafar Ashtiyeh)

The US on Friday abstained and did not veto a unanimous UN Security Council resolution that demands Israel stop settlement activities on Palestinian territories.

The US’s move was a break from Washington's long-standing policy of supporting Israel at the UN.

Israel's Prime Minister Benjamin Netanyahu, seemingly infuriated, called the vote "anti-Israel" and "shameful" in a harsh statement, adding that the Jewish state would not comply with its requirements.

“The Obama administration not only failed to protect Israel against this gang-up at the UN, it colluded with it behind the scenes,” Netanyahu charged.

United States' UN ambassador Samantha Power said the resolution "reflects trends that will permanent destroy the two-state solution if they continue on their current course”.

"Our vote today does not in any way diminish the United States' steadfast and unparalleled commitment to the security of Israel," the envoy added.

In the past, the US has used its veto power on the issue; however, the Obama administration's decision not to veto the resolution was a first regarding a measure involving Israel and Palestine.

The decision was also the first time in more than 36 years the Council passed a resolution critical of Jewish settlements.

The resolution said settlement activity “altered the demographic composition, character and status of the Palestinian territory occupied since 1967".

Palestine’s Permanent Observer to the United Nations, Riyadh Mansour said the UN "said enough is enough" to the Israeli settlements.

Saeb Erekat, a former peace negotiator and the number two in the Palestine Liberation Organization (PLO), spoke of a “historic day”.

A number of high-ranking US lawmakers had warned they would seek legislation to cut US's funding to the UN if the resolution passed.

"I urge the Obama Administration to veto the UN resolution,” Democratic Sen. Joe Manchin said in a statement on his website. “This UN resolution is not the way to pursue peace between the Palestinian Authority and the State of Israel," he added.

Republican Sen. Lindsey Graham said he would form a bipartisan coalition to reduce or suspend American aid to the UN.

The White House, however, has held that Israeli settlements are a hurdle to any potential solution to the Israeli-Palestinian conflict.

President-elect Donald Trump tried to intervene on the critical resolution after his aides were contacted by Israeli officials, according to reports.

"As to the UN, things will be different after Jan. 20th," Trump said via Twitter following the vote.

Trump will take the oath of office on that date.