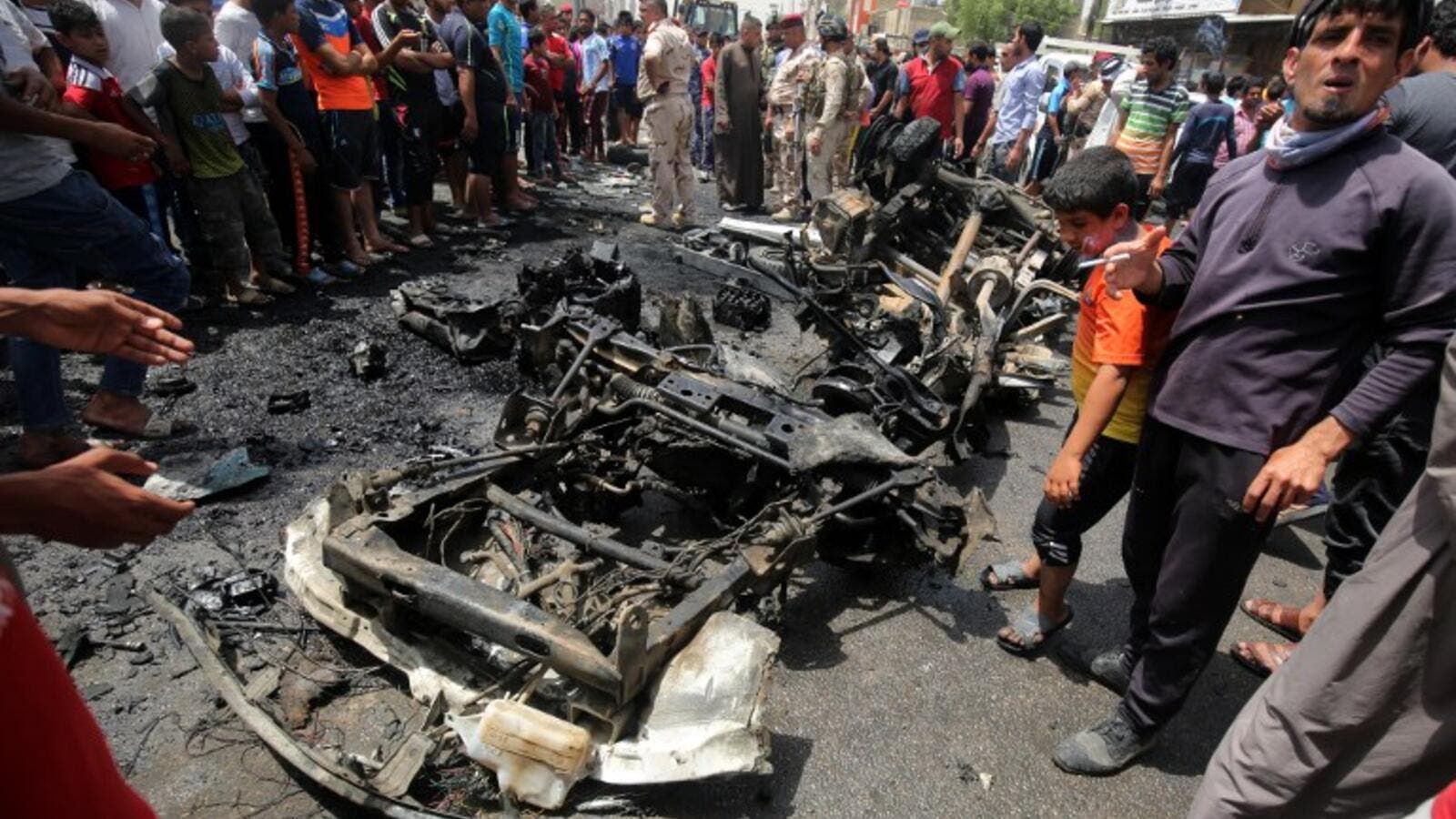 Iraqis look at the damage following a car bomb attack in Sadr City, a Shiite area north of the capital Baghdad, on May 11, 2016. (AFP/Ahmad al-Rubaye)

The death toll of the attack on Sadr City, a district east of Baghdad, has risen to at least 34, a local security source told dpa.

A car bomb went off this morning near a local marketplace in the Shia-dominated district, also injuring more than 77, the security source said, adding that the number of casualties is expected to rise due to the severity of the injuries.

Daesh claimed responsibility for the assault in a statement circulated on social media. It said the extremist group had carried out a car bomb targeting a gathering of Shia militias in Sadr City in Baghdad.

The statement could not be independently verified by dpa.