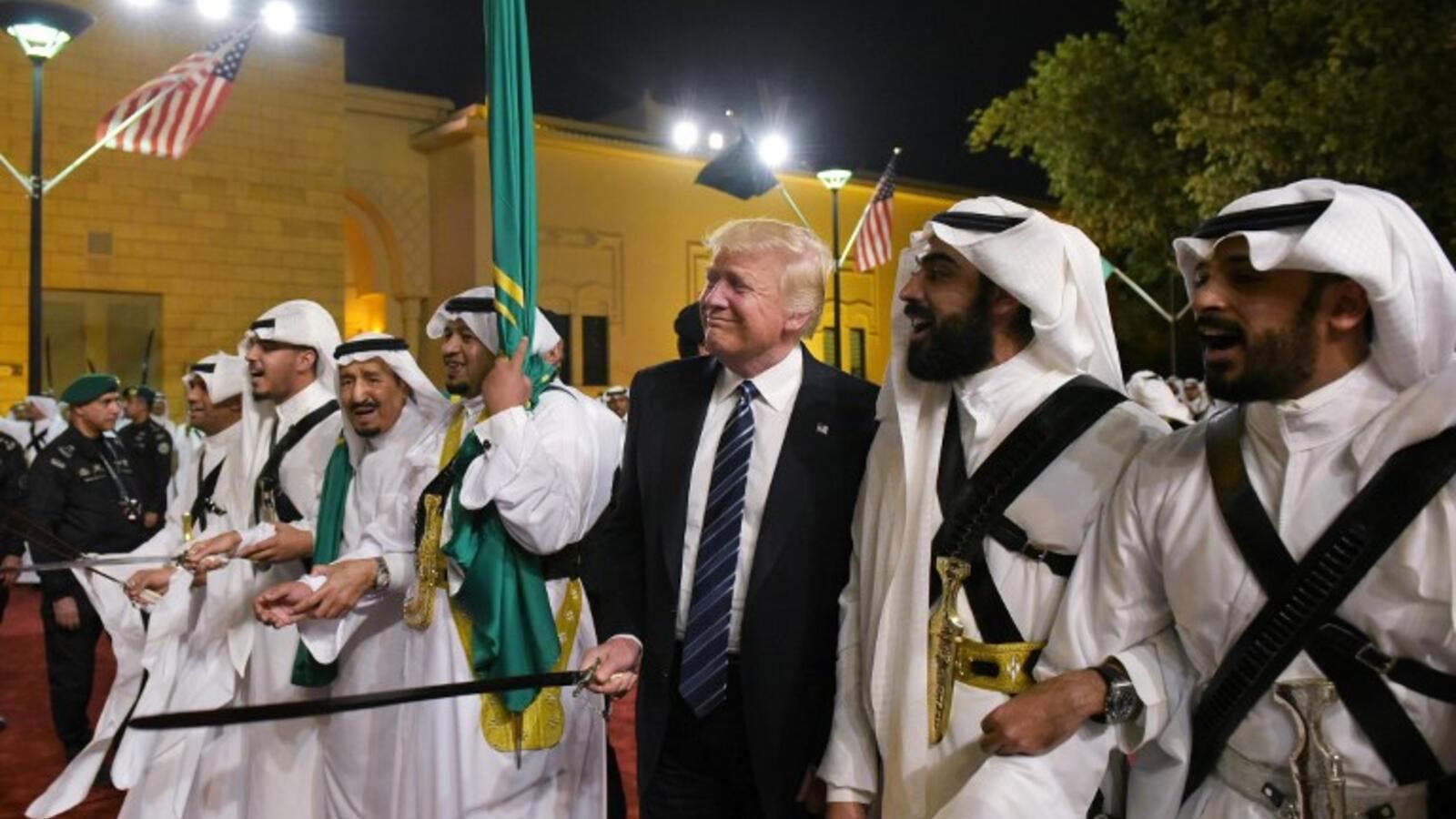 US President Donald Trump joins dancers with swords at a welcome ceremony ahead of a banquet at the Murabba Palace in Riyadh on May 20, 2017. (AFP/Mandel Ngan)

A military deal worth $110 billion was signed between the US and Saudi Arabia on Saturday, as President Donald Trump visited Riyadh in a high-profile trip to a key US ally.

Washington agreed to sell weapons and services to Riyadh in one of the "biggest single arms deals" in US' history, as the two countries mark a new chapter in their relationship.

Sources confirmed to The New Arab that the deal will stretch past the $350 billion mark over the coming ten years, while other agreements were signed on increased economic cooperation.

In a high-profile ceremony watched on by leading officials between the two groups, Trump and King Salman marked a new chapter in relations between the two powers on regional security issues and military cooperation.

Saudi sources told The New Arab that the agreement will provide hundreds of thousands of jobs in both countries.

It will include military contracts worth $350 billion over the next decade, The New Arab's Saudi correspondent confirmed.

Washington and Riyadh will also work on joint investments in the mining and energy sectors, including Saudi oil-giant Aramco, which will be partially privatised next year in what is expected to be the world's biggest IPO.

The agreements are a huge boost for Saudi Arabia as the kingdom looks to take a more active role in the region - to curb Iran's growing influence - and diversify its economy.

The US is keen to sell weapons to the oil-rich Gulf state to strengthen its ally, as well as having Riyadh cooperate on fighting terrorism. Saudi Arabia wants Washington's backing in its ongoing confrontation with arch-rival Iran.

"This package of defence equipment and services support the long-term security of Saudi Arabia and the Gulf region in the face of Iranian threats," an official told AFP.

"[It will boost Saudi Arabia's] ability to contribute to counter-terrorism operations across the region, reducing the burden on the US military to conduct those operations," the official added.

It comes as Trump made his first overseas tour as president with the first stop in Riyadh.

This visit is said to be, in part, an open statement to Iran about Washington's commitment to Saudi Arabia as a regional powerhouse.

The US-Saudi weapons' sale highlighted a joint will by both nations to strengthen ties, which soured during Barack Obama's final term in office.

Saudi Arabia is engaged in a war against Tehran-supported Houthi militias in Yemen, with the rebels firing a missile at Riyadh hours before Trump's plane landed in the Saudi capital.

Riyadh is also engaged in a US-led coalition air war against the Islamic State group in Iraq and Syria.

The US official described the military agreements as "a significant expansion of the over seven-decade-long security relationship between the United States and the Kingdom of Saudi Arabia".