Published June 26th, 2021 - 07:03 GMT
A child from Taiz City sits on the ruins of his ruined home because of the war on city-Yemen. (Shutterstock)
Highlights
Sarah Charles, a senior official with the US Agency for International Development, echoed Lenderking’s warning.

The United States on Thursday called on the international community, especially regional countries, to fulfil their pledges to increase funding for humanitarian assistance to Yemen and warned that aid programmes could otherwise be forced to close. 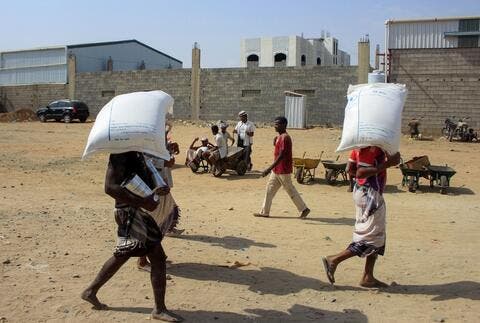 Violence, Famine in Yemen: Could 2021 be Any Different?

US Special Envoy to Yemen Timothy Lenderking told a webinar sponsored by the National Council on US-Arab Relations that humanitarian programmes for Yemen will begin to close unless contributions increase in the next few months.

Six years of war have killed tens of thousands of Yemenis, mostly civilians and left millions on the brink of famine. Around 80% of Yemen’s population, or 24 million people, rely on humanitarian relief to survive.

The World Food Programme in April 2020 halved food aid to deliveries every other month in parts of Yemen controlled by the Houthi militias after donors cut funding, partly over concerns about the obstruction of aid.

More funds have started flowing since UN officials said in April that Yemen could suffer the world’s worst famine in decades as violence escalated amid the COVID-19 pandemic.

Sarah Charles, a senior official with the US Agency for International Development, echoed Lenderking’s warning.

“We commend the generous pledges made by other generous donors so far this year,” she said, noting that the United States will provide more funds on top of $350 million allocated this year. “The fact is that more funding is required to address growing needs.”

David Gressly, a United Nations official, resident in Yemen, said governments have yet to fulfill pledges made earlier this year totaling $2.1 billion to help address the dire humanitarian crisis caused by the Yemen war.

He also said humanitarian organisations are having problems reaching some six million Yemenis.

Gressly said as many as 300 migrants may have died after a ship capsized recently off Yemen’s coast, highlighting the risks of a long-standing migration route from the Horn of Africa to the rich Gulf states in search of work.

Gressly did not give details but he appeared to be referring to an incident when a number of bodies washed up at Ras al-Arah on Yemen’s Red Sea coast earlier this month after a migrant boat sank offshore.

The migrant crisis is adding more pressure on the already dire humanitarian situation in Yemen, he added.

Lenderking expressed hope for a ceasefire between the Saudi-led coalition and the Iran-aligned Houthis to alleviate the crisis.

“My experience from the Houthis is that they have spoken about a commitment towards peace in Yemen … We continue to engage with them,” Lenderking said.

“The United States recognises them as a legitimate actor, we recognise them as a group that has made significant gains. No one can wish for them (to be) away or out of the conflict, so let’s deal with realities that exist on the ground,” he added.

The Iran-allied insurgents increased their efforts to seize Marib, the government’s last stronghold in northern Yemen, in February and the fighting has killed hundreds on both sides.

While the UN and Washington are pushing for an end to the war, the Houthis have demanded the reopening of Sana’a airport, closed under a Saudi blockade since 2016, before any ceasefire or negotiations. 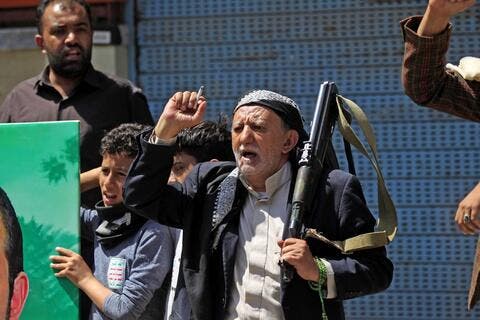 On Tuesday, Saudi Foreign Minister Prince Faisal bin Farhan said Riyadh was determined to “stop the war and move to the political track” but that this “has sadly not met with agreement from the Houthi side.”

The outgoing UN envoy for Yemen Martin Griffiths last week told the Security Council his own efforts over the past three years to end the war had been “in vain.”