Published May 16th, 2021 - 11:55 GMT
People hold placards to express their support for Ethiopia's mega-dam on the Blue Nile River as faithfuls gather to attend the Eid al-Fitr morning prayer sermon at a soccer stadium in Addis Ababa, Ethiopia, on May 13, 2021 as Muslims across the globe mark the end of the Holy month of Ramadan. Amanuel Sileshi / AFP
Highlights
US calls for the GERD talks to be urgently resumed.

The US State Department called for the urgent resumption of negotiations over the Grand Ethiopian Renaissance Dam (GERD), stating that upcoming decisions will have significant implications on the region. 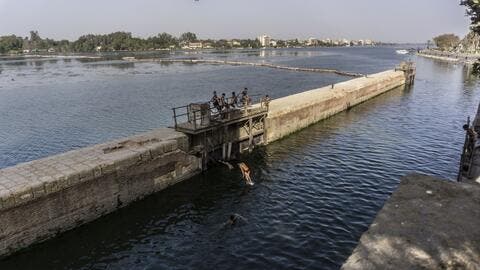 The US Special Envoy for the Horn of Africa Jeffrey Feltman completed his first visit to the region, traveling to Egypt, Eritrea, Sudan, and Ethiopia from May 4 to 13.

Feltman held talks with leaders of the region, discussing several key issues including the GERD.

“The Horn of Africa is at an inflection point, and the decisions that are made in the weeks and months ahead will have significant implications for the people of the region as well as for US interests,” the US State Department statement said on Friday.

“As Special Envoy Feltman discussed with leaders in Addis Ababa, Cairo, and Khartoum, Egypt and Sudan’s concerns over water security and the safety and operation of the dam can be reconciled with Ethiopia’s development needs through substantive and results-oriented negotiations among the parties under the leadership of the African Union, which must resume urgently,” it said.

The statement added that the US is committed to working with international partners to facilitate resolution of regional flash points—such as the dispute over GERD.

Sudan’s Prime Minister Abdalla Hamdok confirmed in an interview with AFP that not reaching a tight and binding legal agreement over the GERD would be too risky.

“We hope to reach this agreement before the date of the filling, announced by Ethiopia, in July”, he said.

The construction of the dam, which began in 2011, is considered to be one of Egypt’s most serious water issues. 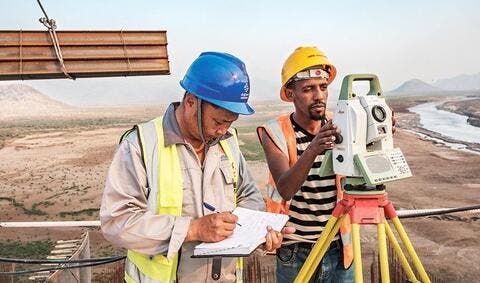 Egypt, which relies considerably on freshwater from the Nile, has voiced fears that the GERD would negatively impact the country’s water supply, and has insisted that measures be put in place to protect downstream countries in case of drought during the dam’s filling process.

Ethiopia, on the other hand, has stressed the importance of the project to bolster its economy, where more than half of the population currently lives without access to electricity.