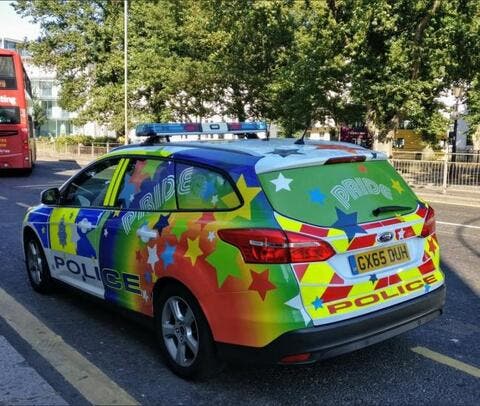 The @FBI just released its hate crime stats for 2020.

Of all hate crimes motivated by hatred of the victims due to their religion, 57.5% targeted Jews.

Jews make up less than 2% of the U.S. population.

That represented a 6.1% increase from 2019 and marked the highest level of hate crimes since 2008 when 7,783 such incidents were recorded.

That jump came in the midst of the COVID-19 pandemic, which some unfairly blamed on Asian-Americans because of the coronavirus' origin in China. Former President Donald Trump's rhetoric about the "kung flu" or "Chinese flu" has been cited by some Asian-Americans who say violence against their group is increasing.

Of the 7,430 hate crime offenses classified as crimes against persons in 2020, more than half were for intimidation, while 28% were for simple assault and 18% for aggravated assault.

More than 10,000 people reported to law enforcement last year that they were the victim of a hate crime because of their race or ethnicity, sexual orientation, gender, religion or disability https://t.co/NIjglbheDE

There were 22 murders and 19 rapes reported as hate crimes across the United States.

"These hate crimes and other bias-related incidents instill fear across entire communities and undermine the principles upon which our democracy stands," Garland said. "All people in this country should be able to live without fear of being attacked or harassed because of where they are from, what they look like, whom they love or how they worship."