The U.S. House of Representatives has voted to remove all statues of individuals who served the Confederacy from the U.S. Capitol as well as the bust of Supreme Court chief justice Roger Brooke Taney, who ruled that Black Americans were not citizens of the United States. 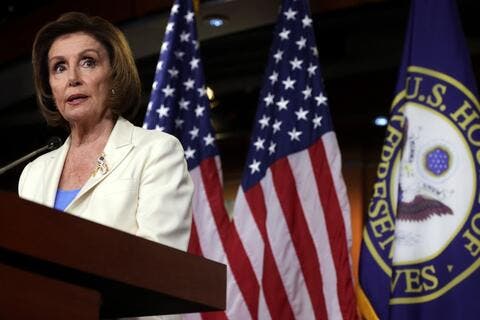 The lawmakers voted 285-120 with 67 Republicans jumping the aisle to vote with their Democratic colleagues in favor of removing the statues, sending the bill to the Senate.

UPDATE: U.S. House votes 285-120 to remove Confederate statues from public display in the Capitol as well as the bust of Chief Justice Roger B. Taney, who wrote the 1857 Dred Scott decision; 67 Republicans joined Democrats to advance the bill. https://t.co/7hZrKG3OUK

Calls to remove Confederate statues on display in the Capitol go back years, but the issue gained prominence following the police-involved killing of George Floyd in May of last year that ignited nationwide protests against racial inequality and police brutality.

The bill, H.R. 3005, requires the removal within 45 days of its enactment of all statues and busts that depict individuals who voluntarily served as members of the Armed Forces of the Confederate States of America or as officials of its government when in open rebellion against the United States.

Statues donated by states to represent them in the Statuary Hall will be returned and can be replaced with another of the state's choosing, the bill said.

The bill also calls for replacing Taney's bust in the Old Supreme Court Chamber on the Capitol with one depicting Thurgood Marshall, the first Black Supreme Court justice.

Taney's bust is to be removed over his authorship of the notorious Dred Scott v. Sandford decision of 1857, which declared Black Americans were not citizens and that Congress did not have the authority to prohibit slavery in its territories.

Rep. Karen Bass, D-Calif., argued in favor of the bill from the floor Tuesday ahead of the vote, stating that the Capitol can never be "the people's house" if it honors those who fought to continue the enslavement of Black people.

"My ancestors built this building," she said. "Imagine how they would feel knowing that more than a hundred years after slavery was abolished in this country we still paid homage to the very people that betrayed this country in order to keep my ancestors enslaved."

Some Republicans, such as Rep. Barry Loudermilk of Georgia and Rep. Virginia Foxx of North Carolina, said they support getting rid of the statues but disagree with the process the Democrats have pursued while others, such as Rep. Mo Brooks of Alabama, accused the Democrats of being intolerant and participating in so-called cancel culture.

"Cancel culture and historical revisionism are precursors to dictatorial government and the destruction of individual liberty and freedom by elitists who claim they know more than regular citizens and, hence should be empowered to dictate what regular citizens can and cannot think or do," he said in a statement prior to the vote. "Ultimately, it's all about political power in the hands of a dictatorial few coupled with the loss of freedom and liberty by the masses."

Lawmakers voted on the bill Tuesday following the House approving a similar bill last July that failed to be taken up by the then-Republican-controlled Senate.

Yesterday, the House voted to remove confederate statues from the Capitol.

Today, senile looney carnival barker Louie Gohmert introduces a resolution to ban the Democratic Party because of it.

It’s long past time to take the GOP trash out to the curb. https://t.co/bhoTmpX5bc

Last June, House Speaker Nancy Pelosi renewed her call to remove the 11 Confederates statues from the library in which states may elect depictions to represent their constituents.

Since then, Virginia has removed its statue of Confederate Gen. Robert E. Lee from the National Statuary Hall Collection while North Carolina has been seeking to replace its statue of Charles Brantley Aycock with that of Rev. Billy Graham.