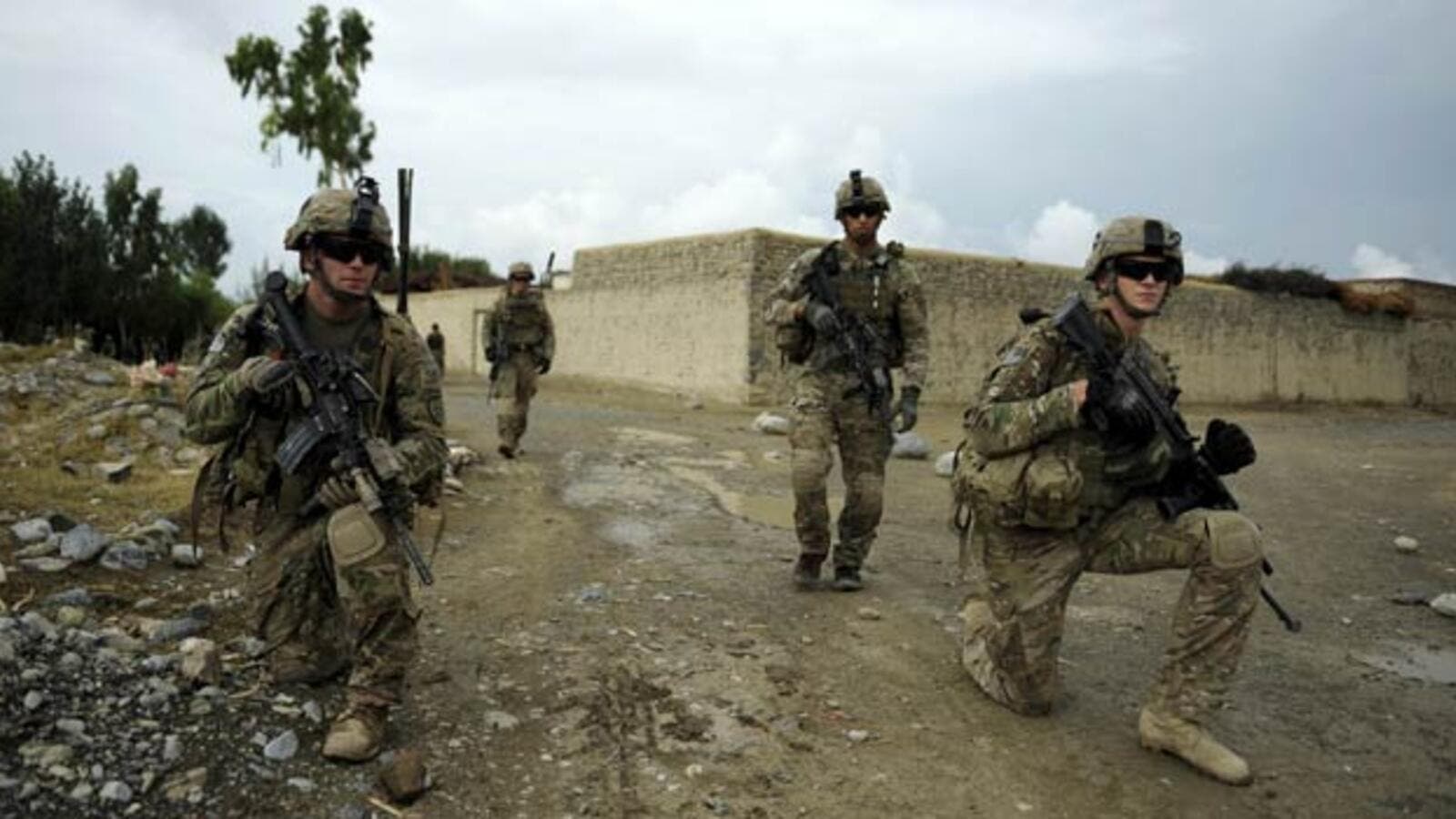 Soldiers from the United States military patrol during operations in Afghanistan, the site of America's longest-running war. (AFP/File)

President Barack Obama will retain thousands of US soldiers in Afghanistan past the end of his term, terminating the administration's goal of ending the United States' longest war.

Obama was expected to announce Thursday the decision to maintain the current American force of 9,800 troops in Afghanistan through most of 2016. A force of 5,500 troops will remain in Afghanistan in 2017, which will be stationed at points beyond the capital of Kabul to serve in Jalalabad, Kandahar and at Bagram Air Field, senior administration officials told The Wall Street Journal.

The Obama administration's former plan in Afghanistan was the continuous withdrawal of the 9,800 troops by 2016. About 1,000 soldiers would have been left at the US embassy at the end of Obama's term.

The decision was taken as Obama was under pressure at home and abroad over the Afghan conflict, which led to "an extensive and months-long review" of strategy, White House officials told the Los Angeles Times.

NATO allies and the Afghan government called for the United States to maintain ground troops as the country faces rising violence, particularly by the Taliban, which launched an attack of the northern city of Kunduz last month -- temporarily seizing control.