Published December 14th, 2021 - 07:35 GMT
A neighbour of Ezmarai Ahmadi, stands amid the debris of Ahmadi's house that was damaged in a US drone strike in the Kwaja Burga neighbourhood of Kabul on September 18, 2021. (Photo by Hoshang Hashimi / AFP)
Highlights
McKenzie told reporters that the US military drone strike was a "mistake" and offered an apology.

The US military has announced that it will not hold any of its personnel accountable for a deadly August drone strike that killed 10 civilians, including seven children, in Afghanistan. 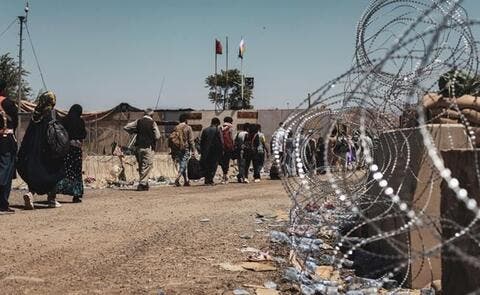 Pentagon Press Secretary John Kirby told reporters on Monday that Defense Secretary Lloyd Austin approved the recommendations from US Central Command head General Kenneth McKenzie and US Special Operations Command leader General Richard Clarke who had called for not taking any administrative action against those involved in the August 29 strike.

The Pentagon will not punish any U.S. military for a drone strike that killed 10 civilians in August, mostly children, in Afghanistan.

Officers claimed a worker was moving bombs, which were likely water bottles. U.S. strikes killed about 4,000 civilians since 2016, says the UN. pic.twitter.com/VKqSYIHmM4

Kirby said that when McKenzie and Clarke listed their recommendations to Austin “there was no recommendation by either of them about accountability.”

“The recommendations were more about procedure and process and the secretary reviewed them and has accepted them,” Kirby told reporters. “And again, most of them are of a classified nature. ... but there was no overt recommendation made by either specific to accountability and any punishment for anyone.”

"In this case, in the context of this particular strike ... there was not a strong enough case to be made for personal accountability,” he stated.

The Pentagon admitted in September that the drone strike was a “tragic mistake” that killed the civilians, including seven children. Prior to that, Washington had previously claimed that those who killed were terrorists.

The US military’s latest decision was swiftly condemned by the aid organization that one of the victims worked for, which also said the Pentagon has so far failed to pay compensation for their killing.

Zamarai Ahmadi, an Afghan aid worker, and his family members were killed in the drone strike. He had been working for 15 years at a small, California-based organization that was trying to tackle malnutrition in Afghanistan by introducing soybean farming and processing.

Nutrition and Education International (NEI) founder and president Dr. Steven Kwon issued a statement on Monday, calling the decision not to punish anyone for the drone strike “shocking.”

“How can our military wrongly take the lives of ten precious Afghan people, and hold no one accountable in any way?” Kwon asked.

“What message is it sending to family members who lost their loved ones, and my employees who lost a beloved colleague? Their lives are at risk because of the government’s actions, its false accusations, and its public announcement of compensation even though no amount has been agreed or paid to those impacted,” he said.

Kwon also said, “I’ve been beseeching the US government to evacuate directly-impacted family members and NEI employees for months because their security situation is so dire. When the Pentagon absolves itself of accountability, it sends a dangerous and misleading message that its actions were somehow justified, increasing security risks and making evacuation even more urgent.”

‘Since 2001, every Afghan death by US military was wrongful’

Commenting on the US killing of people in Afghanistan, American journalist Don DeBar said, “In my mind, the death of each and every person killed by any military associated with the US since 2001 inside Afghanistan should be reported as a wrongful death.”

“The US invasion of Afghanistan was illegal. The US occupation of Afghanistan was illegal. Each and every death of every Afghan citizen, military or civilian, and anyone else who died as a consequence of the US invasion and occupation, whether directly by US forces or by the forces of their allies, was an illegal killing (or, more simply, a murder),” he commented to Press TV.

The US invaded Afghanistan in October 2001 following the September 11, 2001 attacks on the United States, despite the fact that no Afghan was involved in the attacks. Hundreds of thousands of Afghans died in the US war of aggression on the country.

We should object to the use of the word "mistaken" when discussing the Kabul drone strike that marked the end of US military occupation in Afghanistan. The US military very deliberately targeted a humanitarian aid worker and his family without bothering to confirm his identity. pic.twitter.com/3mh9HYcen6

American forces occupied the country for about two decades on the pretext of fighting against the Taliban. But as the US forces left Afghanistan, the Taliban stormed into Kabul, weakened by continued foreign occupation. 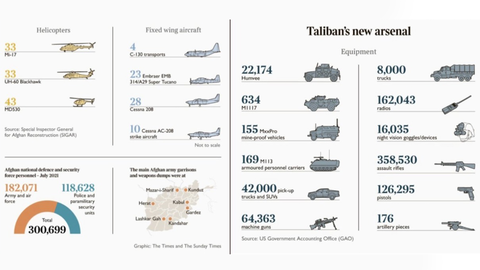 US officials assert that the 9/11 attacks were carried out by 19 al-Qaeda terrorists, but many experts and independent researchers have raised questions about the official account.

They believe that rogue elements within the US government, such as former Vice President Dick Cheney, orchestrated or at least encouraged the 9/11 attacks in order to accelerate the US war machine and advance the Zionist agenda.