Police detained a 51-year-old suspect in the murders of four Muslim men in the US state of New Mexico, authorities said Tuesday. 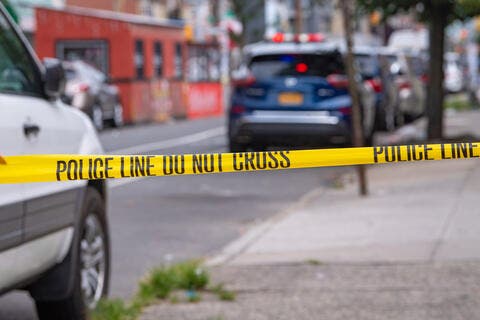 Albuquerque Police Chief Harold Medina identified the suspect as Muhammad Syed. He has been charged with the murders of Aftab Hussein and Muhammad Afzaal Hussain. Police say they are working with the district attorney on charges in the killings of Naeem Hussain and Mohammad Zaher Ahmadi.

A 51-year-old man has been charged in the killings of two Muslim men in Albuquerque, New Mexico, and he is suspected of slaying two others. Officials announced the man’s arrest earlier Tuesday. https://t.co/3Xtxx1IEhf

Syed is originally from Afghanistan and came to the US "in the last several years," authorities said. Police said the suspect was previously arrested in Albuquerque on misdemeanor offenses, including domestic violence.

Authorities were preparing to execute a search warrant at Syed's residence Monday when he got into his car and began to drive away with police in chase. Local and state police stopped the car in nearby Santa Rosa, New Mexico as a SWAT team executed the warrant on the suspect's home.

"Multiple firearms" were recovered from the home, and Deputy Police Commander Kyle Hartsock said police believe at least one of the guns inside the home and one in the car are matches to two of the crime scenes. Additional testing is ongoing.

Naeem Hussain, 25, was found dead by police Friday following a shooting. He was the third Muslim man killed in Albuquerque within two weeks and the fourth since November.

Hours before his death, Hussain, who had just become a US citizen, attended a funeral for two of the other shooting victims.

District Attorney Raul Torres said the arrest "is really just the beginning of the journey towards securing justice."

US police arrest man over murders of Muslim men https://t.co/JtkqWRTuK5

Justice will "not be done until we secure a conviction and successful prosecution," he said. "My commitment to you is to work on behalf of your family and all the other victims of this crime so that we can secure justice."

The district attorney's office intends to work with the Albuquerque Police Department to file murder charges in state court and is working with federal investigators on the possibility of filing and pursuing federal charges at the same time if there is an appropriate federal statute," added Torres.