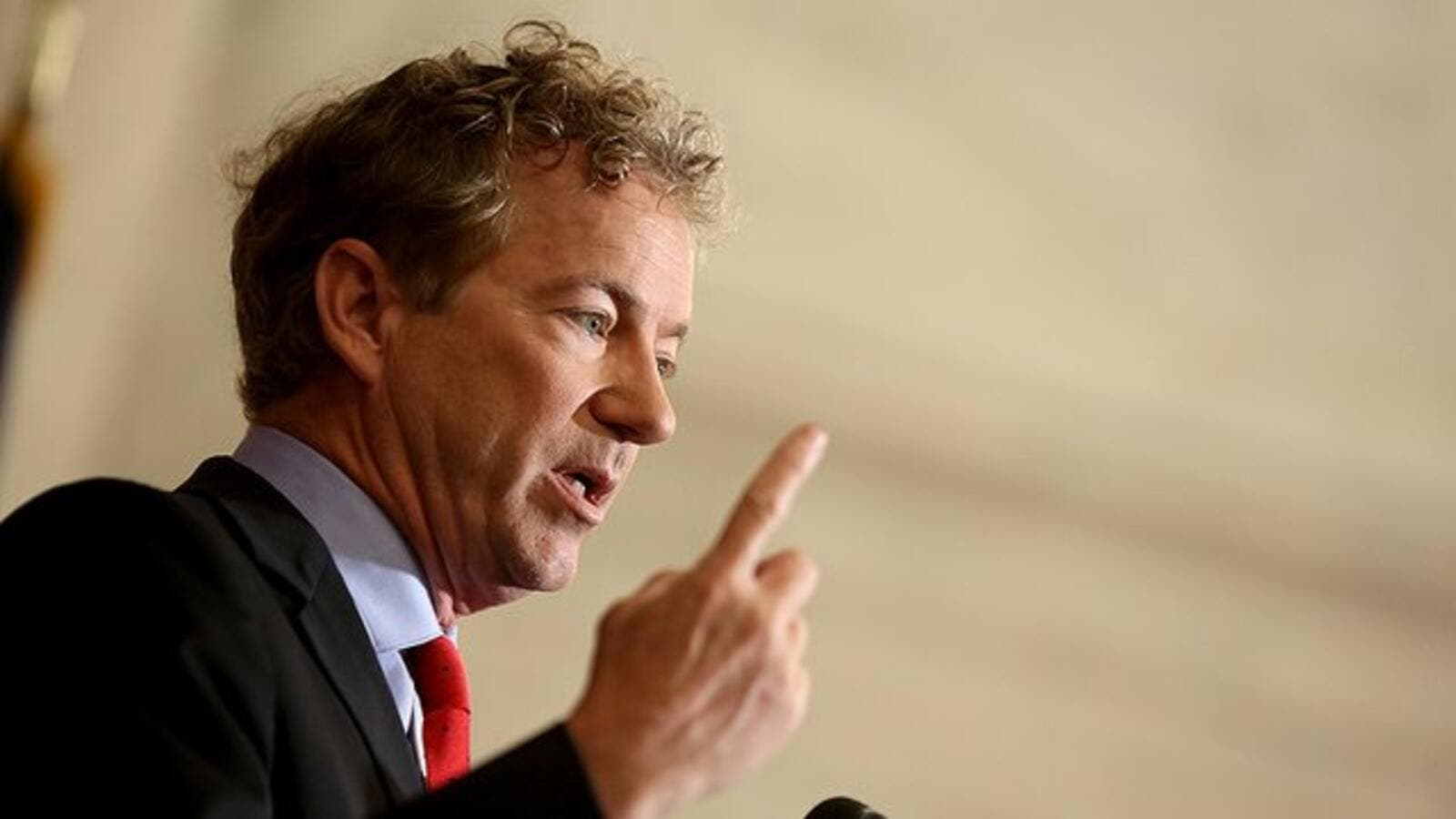 U.S. Sen. Rand Paul has slated Saudi Arabia as a sponsor of terrorism, saying the nation can no longer be blasé about the bad behavior of the kingdom.

Speaking at a Montana rally on Saturday with Donald Trump Jr., the Republican senator condemned the Saudi-led brutal war on the impoverished Yemen, which, so far, has killed more than 15,000 Yemenis and wounded thousands of others.

“We have to think through this idea that everything is going to be blindly for Saudi Arabia, they’re involved in a war in Yemen where tens of thousands of civilians are dying,” said Paul, a member of the Senate Foreign Relations Committee.

The U.S. along with the UK and France have been providing weapons and intelligence to Saudi Arabia and the UAE over the course of the unprovoked war, which initially consisted of a bombing campaign, but was later coupled with a naval blockade and the deployment of ground forces to Yemen.

“Cutting off the arms sales will make them wake up,” Paul told The Hill before he went onstage at the rally. “In fact, their air force would be grounded in two or three months if they didn’t have spare parts."

Paul also pointed to the 9/11 attacks, reminding the audience that 15 of the 19 hijackers behind the incident were Saudis.

“Anyone remember who attacked us on 9/11?” he said. “Anybody heard of a madrassa? They have 20,000 madrassas in Pakistan funded by the Saudis that teach hatred of Christians, hatred of Jews, hatred of Hindus, throughout the world."

“Why do we have worldwide terrorism? The Saudis fund it,” he added.

Paul, who made the comments at an event for Senate Republican candidate Matt Rosendale, described Rosendale as someone who would be an ally in Washington that will try to impose more congressional oversight on the president’s ability to carry out military operations.

“What I want are allies that will come to Washington and say this: the Constitution demands that the people through their representatives vote on when we got to war,” he said.

Trump Jr., who spoke shortly after Paul, did not make any reference to Saudi Arabia.

He has praised his father at several rallies in Montana for launching Tomahawk cruise missiles against Syria in April when multiple places in the war-torn country came under attack by U.S., British and French military forces on President Donald Trump’s orders.

Trump has come under immense pressure from Republican senators to reassess American allegiance to Saudi Arabia after the murder of Saudi journalist Jamal Khashoggi at the Saudi consulate in Istanbul.

Democrats and some Republicans indicated that the Khashoggi case had created resistance in Congress to proposed weapons sales to the Saudis that could be worth tens of billions of dollars.