Published January 6th, 2022 - 01:47 GMT
The United States on January 5, 2022, has slapped sanctions on Bosnian Serb leader Milorad Dodik and a television network close to him, accusing him of threatening a fragile 25-year-old peace with his secessionist moves. (Photo by ELVIS BARUKCIC / AFP)

The Treasury Department on Wednesday announced sanctions against Bosnian Serb leader Milorad Dodik and a television station linked to him with sanctions for a secessionist bid that could destabilize the fragile country. 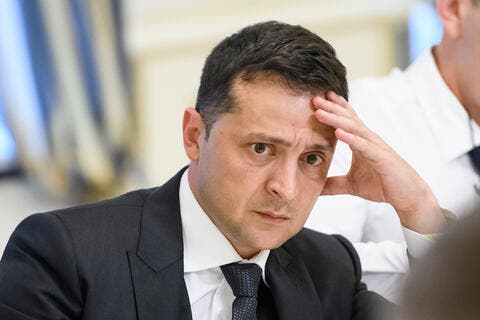 Ukrainian President Calls on EU to Impose Sanctions on Russia

Dodik, elected in October 2018 as the Serbian member of Bosnia's multiethnic three-person presidency, had long threatened to leave state-level institutions. He has called Bosnia "an experiment by the international community" and an "impossible, imposed country."

He has led a campaign for his Serb-dominated entity to withdraw from the Bosnian Army, security services, tax system and judiciary, rekindling fears that a peace deal struck after the destructive war from 1992-95 could unravel.

"Milorad Dodik's destabilizing corrupt activities and attempts to dismantle the Dayton Peace Accords, motivated by his own self-interest, threaten the stability of Bosnia and Herzegovina and the entire region," Under Secretary of the Treasury for Terrorism and Financial Intelligence Brian E. Nelson said in a statement.

"The United States will not hesitate to act against those who pursue corruption, destabilization and division at the expense of their own people, as well as against those who enable and facilitate this behavior."

Included in the Treasury sanctions is the media outlet Alternativna Televizija d.o.o. Banja Luka (ATV), which has links to Dodik. The treasury said Dodik "exerts personal control over ATV behind the scenes, such as by requiring personal approval on media stories related to politically sensitive topics."

Concurrently, the State Department announced it designated former Bosnia and Herzegovina High Judicial and Prosecutorial Council President Milan Tegeltija and Mirsad Kukic, a parliamentary assembly representative and president of the Movement for Democratic Action, over corruption, rendering them inaccessible to the United States.

"Their actions undermined the rule of law, the public's faith in their government's democratic institutions and public processes and peace and prosperity for BiH's citizens," Secretary of State Antony Blinken said.

The State Department accused Tegeltija of using his position for his personal benefit, specifically interfering in a judicial process as well as manipulating judicial appointments and other public employment for unknown return.

His wife, Tijana Tegeltija, is also being designated. 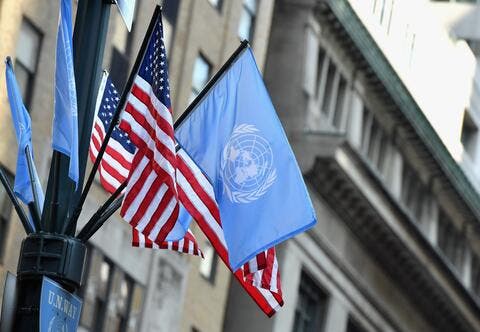 UN Official Calls on The US to Remove Iran Sanctions

Concerning Kukic, the United States accuses him of misappropriating public funds for personal benefit as well as interfering in hiring and appointment decisions to benefit himself politically.

"Together, these designations reaffirm the U.S. commitment to sovereignty and territorial integrity of BiH, the rule of law and democratic institutions and a better future for BiH's citizens," Blinken said.

James Corden in Self-isolation After Testing Positive for COVID-19