Published April 26th, 2021 - 08:14 GMT
US troops in Afghanistan. (Shutterstock/ File Photo)
Highlights
US and coalition partners have begun the process of troops withdrawal from Afghanistan.

The United States and its coalition partners have begun the process of withdrawing troops from local areas of Afghanistan, the top U.S. military official in the country said Sunday. 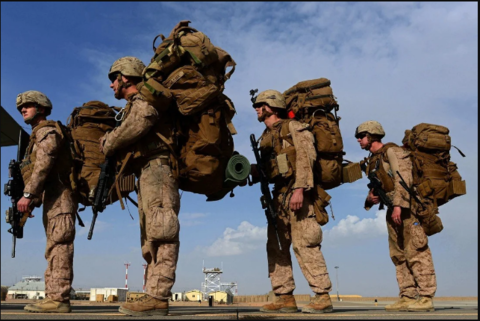 Afghanistan Has Over 9000 Foreign Troops From 36 Nations!

Gen. Austin Scott Miller, commander of U.S. Forces Afghanistan and NATO's Resolute Support Mission, told reporters at a Kabul news conference that U.S. and NATO forces "are now preparing to retrograde" prior to an announced target date of May 1.

"The notification day will be the first of May but at the same time as we start taking local actions, we have already begun that," he said.

Biden's "withdrawal" plan leaves private forces in Afghanistan, forces which already outnumber US troops 7 to 1. What we're left with is a fully privatized bloodbath, one that still commands huge public contracts but is spared the burden of maintaining public support.

The U.S. military had already begun to move equipment out of Afghanistan following the announcement of President Joe Biden's decision earlier this month to withdraw all U.S. troops from the country by Sept. 11.

Miller's comments, however, marked the first acknowledgement that coalition troops were were also now being removed from the country.

The general said the moves were coming as part of "a set of orders" meant to achieve "some very clear objectives" -- the main one being that remaining Afghan security forces "are in the best possible security posture."

The withdrawal, he said, will involve transitioning bases and equipment to the Afghan forces as safely as possible with an aim to "protect the force as we depart from Afghanistan."

Nearly 2,500 U.S. forces are still stationed in the country in addition to hundreds of special operations forces. The Department of Defense last week ordered long-range bombers and the USS Dwight D. Eisenhower aircraft carrier to help provide security as they withdraw.

My assessment of Afghanistan peace prospects in Gulf News today. Pakistan’s concerns over Biden’s withdrawal of US troops in Afghanistan come to the fore https://t.co/xuvDSsZsNC 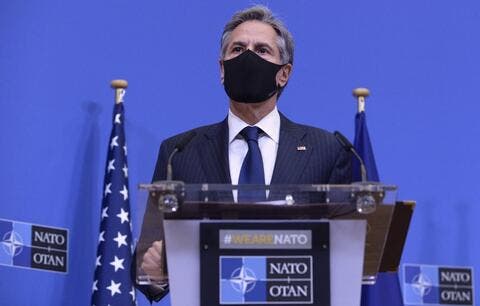 The Sept. 11 deadline marks the 20th anniversary of the Sept. 11, 2001, terror attacks that precipitated the war in Afghanistan. Administration officials believe it's possible all U.S. troops could be out of the country before then.

Biden's deadline extends the May 2021 deadline previously set by the Trump administration to remove the estimated 2,500 troops from Afghanistan.