The US Stops Travel From India Amid Covid-19 Spike

Published May 5th, 2021 - 06:12 GMT
A patient breathes with the help of oxygen provided by a Gurdwara, a place of worship for Sikhs, under a tent installed along the roadside amid Covid-19 coronavirus pandemic in Ghaziabad on May 4, 2021. Tauseef MUSTAFA / AFP
Highlights
Total covid-19 cases in India tops 20 million

A health and security ban on most travel from India to the United States began Tuesday as the country surpassed 20 million total COVID-19 cases, according to government figures. 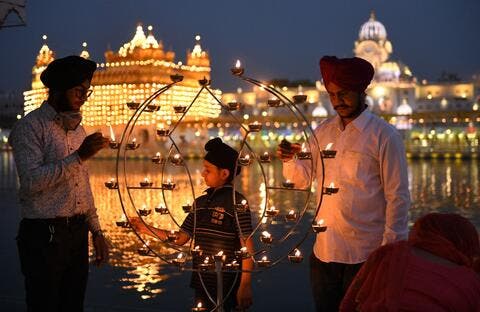 The United States now joins much of the world in cutting off travel to and from India. White House press secretary Jen Psaki said last week that the travel ban was implemented "in light of extraordinarily high COVID-19 caseloads and multiple variants circulating" in India.

The travel ban does not apply to U.S. citizens or permanent residents and their spouses and exempts some individuals, including humanitarian workers and students.

Travelers from India are not allowed U.S. entry if they have been in India for 14 days or longer.

Even with an exemption, travelers still must meet requirements for international travel set by the U.S. Centers for Disease Control and Prevention. The CDC requires that all travelers entering the United States have proof of a negative COVID-19 test result at least three days before arrival. The requirement also applies to travelers who have received a coronavirus vaccine.

International travelers also are required to self-quarantine and take another test three to five days after their arrival.

President Joe Biden told Indian Prime Minister Narendra Modi last week that the United States would send oxygen supplies and vaccine materials. India has had difficulty in procuring oxygen at many of its hospitals.

India on Tuesday surpassed 20 million total coronavirus cases since the pandemic began more than a year ago, and has seen its most severe wave of the disease over the past several weeks. Last weekend, it became the first country in the world to record 400,000 new cases in a single day.

India's COVID-19 cases surpass 20 million as several hospital patients die due to an oxygen shortage across the country.

The only other country to see 20 million cases is the United States, which surpassed the mark in late December, according to Johns Hopkins University. India is the second-most populous nation in the world with 1.4 billion people. 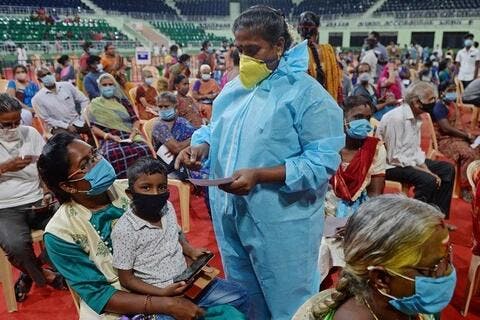 Numerous states in India have been placed under lockdown, including New Delhi's union territory through Monday.