US President Joe Biden said that a drone attack killed al-Qaeda leader Ayman al-Zawahiri on Saturday at his direction. 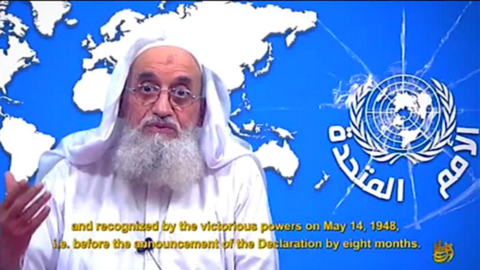 "Justice has been delivered," joe stated in a Twitter post on his official account saying that the United States "successfully conducted an airstrike in Kabul" leading to the death of al-Qaeda leader al-Zawahiri.

On Saturday, at my direction, the United States successfully conducted an airstrike in Kabul, Afghanistan that killed the emir of al-Qa’ida: Ayman al-Zawahiri.

Justice has been delivered.

Ayman al-Zawahiri, 71, who was the former deputy of Osama Bin Laden, became the leader of al-Qaeda from June 2011 until his death in July 2022. Al-Zawahiri was an Egyptian-born physician and theologian.

According to DW and Al Jazeera, al-Qaeda leader Ayman al-Zawahiri was considered one of the "masterminds" behind the September 11 attacks. He was also one of the most wanted men.