Published June 12th, 2021 - 09:10 GMT
A woman signs a voter registry after casting her ballot at a polling station in Bouchaoui, on the western outskirts of Algeria's capital Algiers, on June 12, 2021 during the 2021 parliamentary elections. Polls opened in Algeria for a parliamentary election overshadowed by a crackdown on a long-running protest movement that has campaigned for a mass boycott. Pro-government parties have urged a big turnout for the "crucial vote" which they hope will restore stability after two years of turmoil since the forced resignation of veteran president Abdelaziz Bouteflika. RYAD KRAMDI / AFP
Highlights
More than 24 million voters are eligible to cast ballot in Saturday’s polls.

Voting started Saturday in Algeria’s first parliamentary elections since the departure of long-serving President Abdelaziz Bouteflika in 2019 amid tight safety measures in light of the coronavirus pandemic. 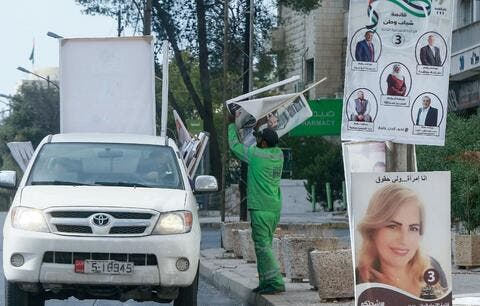 More than 24 million voters are eligible to cast ballot in Saturday’s polls.

The vote will witness, for the first time, the adoption of an open list system for selecting candidates under a new election law adopted by Algerian President Abdelmadjid Tebboune.

The open list system allows voters to arrange the candidates within the same list according to his/her preference. On the contrary, the closed list forced voters to choose the list based on the arrangement set by the party.

During a visit to the National Independent Authority of the Elections on Thursday, Tebboune promised that the vote results will be determined by the citizens. 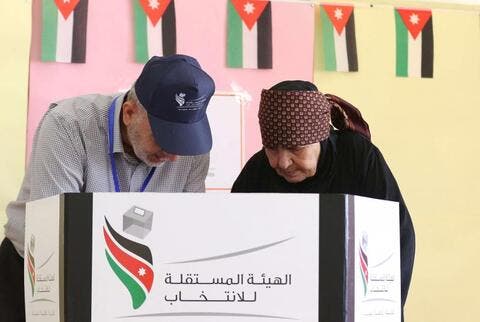 In March, Tebboune issued a decree calling for an early parliamentary elections on June 12, less than a month after dissolving the People's National Assembly, the lower house of parliament.