Was The Sri Lanka Bombings Made in Revenge of The New Zealand Attacks? 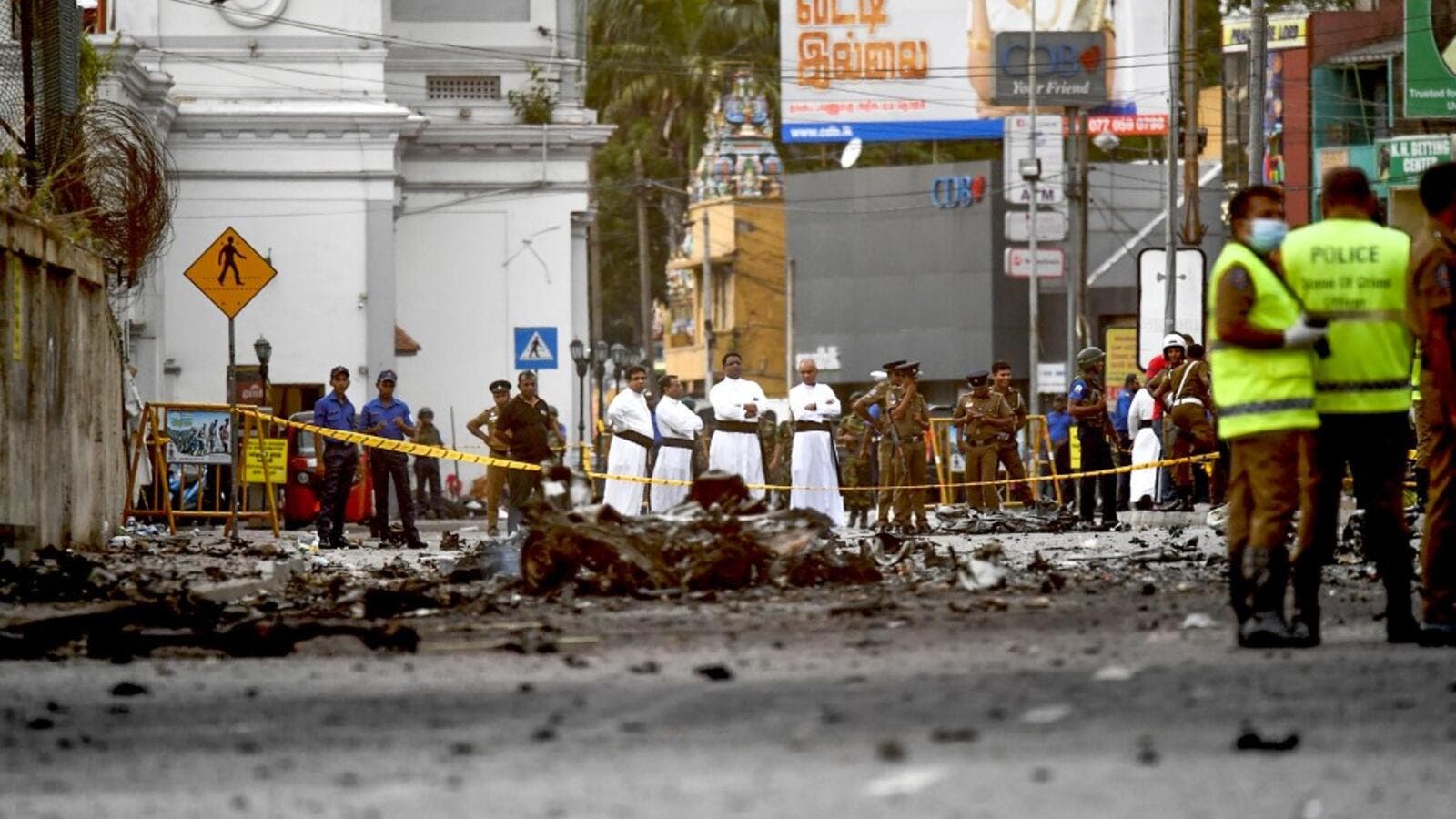 Sri Lankan priests look at the debris of a car after it explodes when police tried to defuse a bomb near St. Anthony's Shrine in Colombo on April 22, 2019. (AFP/ File)
Highlights
Is There Any Relation Between Sri Lanka and New Zealand Attacks?

The suicide bomb attacks in Sri Lanka were retaliation for the mosque shootings in New Zealand last month, government officials said Tuesday as they continued searching for conspirators.

About 50 people died at the mosques in Christchurch on March 15. Authorities say they were shot dead by a white nationalist from Australia. Sri Lankan defense minister Ruwan Wijewardene told lawmakers Tuesday the coordinated bombings Sunday amounted to payback.

"Investigations have revealed that the attacks were carried out by Islamic extremists in retaliation to the mosque attacks in Christchurch, New Zealand," Wijewardene told Sri Lanka Parliament.

Sri Lanka officials raised the death toll Tuesday to 321, as nearly two dozen injured succumbed to their wounds in hospitals. More than 500 people were hurt in the attacks, which targeted three churches and three hotels in the capital, Colombo.

Police spokesman Ruwan Gunasekara said officers have arrested about 40 suspects, all of whom are Sri Lankan citizens.

Sri Lankans observed an official day of mourning Tuesday by observing three minutes of silence. Mass funerals at St. Sebastian church, one of the bombing locations, were also held for those who died.

The Washington Post cited a three-page intelligence report that warned Sri Lanka officials of coming attacks, and also identified several members of a local terror cell by name, including the purported leader.

"Don't take this as a joke, as long as the division between the president and the prime minister exists, you can't solve this problem -- my security division knew about the advance notice [of the attacks], I did not," Wijewardene said.

Sri Lankan lawmaker Mujibur Rahman said he was briefed on the report beforehand, which came from Indian intelligence agencies.

Sri Lankan authorities have warned citizens to watch out for additional strikes. Police have urged Sri Lankans to watch for suspicious taxi cabs, bicycles and vans that could be carrying more bombs.

Several American citizens were among those killed in the series of suicide bombings.

The Sri Lanka government is under a state of emergency that took effect at midnight Monday. It allows military and police forces to detain and interrogate potential suspects without a court order. Officials said more than two dozen suspects have been questioned by Sri Lanka's Criminal and Terrorist Investigations Departments.

The U.S. Federal Bureau of Investigation and INTERPOL are aiding in the investigation. In a statement Monday, INTERPOL said a team had been deployed to Sri Lanka and checks have been made with stolen and lost travel documents and nominal databases to identify potential leads.

"As the Sri Lankan authorities investigate these horrific attacks, INTERPOL will continue to provide whatever support is necessary," INTERPOL Secretary General Jurgen Stock said in a statement. "Information to help identify individuals linked to these attacks could come from anywhere in the world world, which is where INTERPOL's global network and databases can prove vital."

The United Nations Security Council condemned the bombings, calling it a "cowardly terrorist attack" and expressing "deep sympathy and condolences to the families of the victims and to the government of Sri Lanka." Japan also said it's sending an emergency response team of doctors and government workers. The attacks killed one Japanese woman and injured three others.