Published August 22nd, 2021 - 12:01 GMT
This picture taken during a media visit organised by the Qatari authorities on August 21, 2021, shows Afghan women and a child inside a villa complex near the centre of the Qatari capital Doha, where refugees who recently arrived from Afghanistan began to settle, following their exodus from their country which was taken over by the Taliban. (Photo by KARIM JAAFAR / AFP)
Highlights
UK, Canada say they would each accept 20,000 Afghan refugees.

With the Taliban takeover of Kabul on Aug. 15, thousands of Afghans rushed to the airport in the capital with hopes of catching planes to western countries. 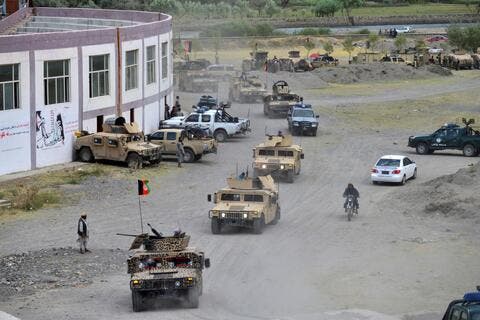 Taliban Calls on Government Workers to Return to Their Jobs

In the days after seizing power, Taliban leadership assured the "peaceful transition of power" and has publicly disavowed any attempts at revenge on Afghans who worked with the government or foreign organizations.

Nearly 250,000 Afghans have been killed since the US launched its war in #Afghanistan in 2001.

But with the unexpected power grab and President Ashraf Ghani and top officials leaving the country, concerns became louder from several countries as well as rights organizations.

In the meantime, some offered refuge to Afghans.

Sixty-four countries signed a statement on Aug. 16, demanding a safe and orderly departure for anyone who wants to leave Afghanistan.

Among them were Canada, France, Germany and the UK.

"Those in positions of power and authority across Afghanistan bear responsibility—and accountability—for the protection of human life and property, and for the immediate restoration of security and civil order,” they said in a statement.

Later, New Zealand and Australia announced they would help evacuate Afghan nationals who aided their troops who were deployed in Afghanistan, according to media reports.

The Cabinet agreed to assist 37 Afghan nationals and their immediate family members who worked with the New Zealand Defense Forces in Afghanistan, added Ardern.

Australian Prime Minister Scott Morrison said that since April, 430 Afghans who worked with Australian forces and their families had been resettled in Australia.

"We still are working to transfer people. I can't go into the operational details of that," Morrison told Sky News.

Canadian Foreign Minister Marc Garneau announced that his country will resettle 20,000 Afghans threatened by the Taliban and forced to flee Afghanistan.

"Afghans have put their lives at great risk to support Canada in helping Afghans achieve significant democratic, human rights, education, health and security gains over the past twenty years. We owe them a debt of gratitude and we will continue our efforts to bring them to safety," he said.

Separately, the UK announced a new Afghanistan citizens’ resettlement scheme to welcome up to 20,000 Afghan nationals who are at risk because of the crisis. About 5,000 people are expected to arrive in the UK in 2021.

"Priority will be given to women and girls, and religious and other minorities, who are most at risk of human rights abuses and dehumanizing treatment by the Taliban," the government said in a statement Aug. 18.

Spain has not given the precise number of Afghans it wants to bring to Spain, though media reports suggest that it has worked with around 50 Afghan interpreters.

Unlike Canada, which has promised to resettle 20,000 refugees, Spain has only committed to repatriating its local staff.

Yes, it’s true that Iran is home to the 2nd highest number of Afghan refugees (after Pakistan). But it’s also true that Afghan refugees face abominable rights violations in the IRI. So let’s not congratulate the IRI authorities for providing them with any meaningful safe haven.

Though the US did not pledge to take in Afghan refugees, Uganda’s foreign minister said Aug. 19 that his country has yet to decide on a US request to host 2,000 refugees from Afghanistan.

"We were asked to host them. The country was approached due to its humanitarian record but a decision is yet to be made,” he told parliament’s committee on foreign affairs.

Similarly, Albania accepted a request from Washington to temporarily take in about 300 refugees seeking visas to enter the US, the Albanian prime minister said Aug. 15.

"No doubt we shall not say no. Albania, a NATO member, is ready to take its share of the burden,” said Edi Rama. 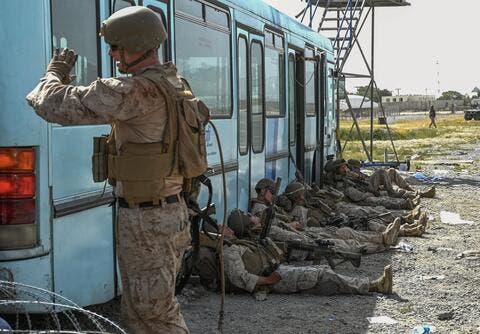 At Least 169 Americans Rescued From Hotel Near Kabul Airport

On the other hand, Greece’s migration minister said his country will not allow refugees to cross its borders into the EU.

"Our country will not be a gateway to Europe for illegal Afghan migrants," Notis Mitarakis said in a statement.