What is The Havana Syndrome Affecting US Officials, Spies?

Published September 23rd, 2021 - 07:51 GMT
A member of the Taliban Badri 313 military unit walks amid debris of the destroyed Central Intelligence Agency (CIA) base in Deh Sabz district northeast of Kabul on September 6, 2021 after the US pulled all its troops out of the country. (Photo by Aamir QURESHI / AFP)

Five years ago, an unknown disease was affecting American diplomats, military officials and spies based in Cuba. It's back again. 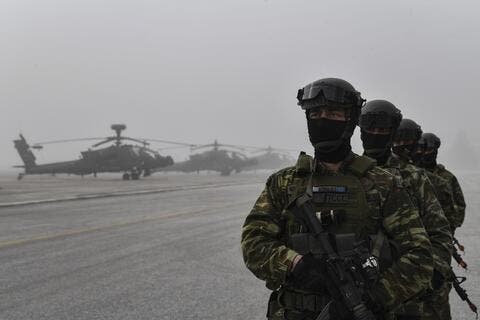 In 2016, CIA officials were asked to keep a secret. A mysterious illness had struck many American officials in Cuba’s capital Havana. Twenty-six personnel associated with the US government and their family members reported a variety of symptoms such as headaches, memory loss, and other difficulties with the process of thinking and reasoning.

The U.S. military is seeking info about the mysterious illness known as "Havana syndrome," which has left diplomats + spies with nausea, headaches + vertigo. @CBS_Herridge reports on the new effort to create "the largest possible dataset" about the cause. pic.twitter.com/dOM1MHr5t5

Much to the dismay of doctors and scientists, the root of this syndrome was untraceable. Fast forward to 2021, the syndrome has returned to haunt the US personnel once again.

This time around 200 US officials stationed both within the country and abroad have gotten sick purportedly with the Havana syndrome. Offshore officials who have reported the symptoms are based in several countries including Russia, Uzbekistan, Austria and China. One official has described the mystery behind the illness as “the most difficult intelligence challenge” the US has ever faced, but the government is determined to get to the bottom of it.

What are the symptoms of Havana Syndrome?

The most commonly reported initial symptoms reported by US employees are the hearing of harsh medical sounds and feeling intense pressure in the head. Other symptoms include vision problems, migraines, fatigue, memory lapses as well as cognitive impairment.

Brain scans of the personnel suffering the Havana Syndrome showed tissue damage similar to that caused by a car accident or a bomb blast.

Some doubted if the illness was real. In December 2020, White House national-security officials had been reportedly “skeptical” of the syndrome when they asked CIA officials worldwide to report any unexplained health incidents. Other government agencies followed the suit. No symptoms were being reported when former US President Donald Trump left the office.

The illness re-emerged again in Vienna, where the largest CIA station is located, then in Germany.

No one knows for sure what causes it yet. Some intelligence officials see it as an attack by Russia, a charge Moscow denies. Some blame China.

“It became clear that some of the work that was conducted in the former Soviet Union was taken up again by Russia and its satellite proxies,” James Giordano, a senior fellow in biotechnology, biosecurity and ethics at the US Naval War College told the Guardian. He said China had also developed directed energy devices that could be turned into weapons.

There is no higher priority than protecting our people. None.

As we examine the cause of the illness known as Havana Syndrome, we must ensure those impacted get the care they deserve.

My HAVANA Act will do just that. And it's on its way to President Biden's desk for signature.

Another theory involves microwaves. At the height of the Cold War, the US believed Moscow was using microwave radiation to control American minds. Some doctors and scientists have entertained such theories, saying microwave strikes may have indeed caused brain damage and might have been used as a psychological warfare tool.

For the US, it’s not considered an unlikely theory, due to its own experiments. The American military itself claimed to have turned the electronic device into a weapon to beam sounds directly into people’s heads or beam spoken words into people’s heads.

Coming back to Havana Syndrome, the US health protection agency, Centers for Disease Control and Prevention (CDC), is unsure about the origin of this illness.

The agency conducted a two-year epidemiologic investigation in February of the mysterious medical incidents but in its report titled “Cuba Unexplained Events Investigation—Final Report,” published in February, it said it couldn’t determine the nature of the injuries nor the cause.

What is the Biden administration doing?

CIA Director William Burns, who’s seen as a key player in the agency’s hunt for Osama bin Laden was tasked to head a team to track down the root cause of these strange health incidents. 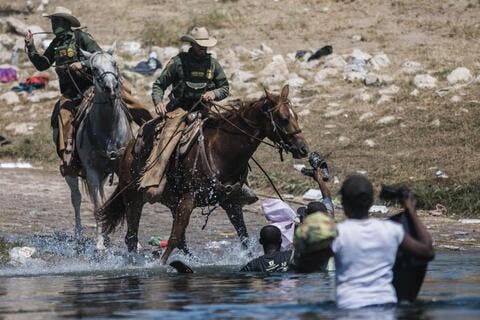 US: Treatment of Haitian Migrants Discriminatory

“I’ve spent a great deal of time and energy on this in the four months that I’ve been CIA director — to get to the bottom of the question of what and who caused this,” Burns told NPR in early September.

On September 21, the House unanimously passed a bill to provide additional support to the officials who were affected by the brain injuries due to Havana Syndrome.