Who is Running For Brazil's Coming Presidential Elections?

The two front-runners in Brazil's upcoming presidential election held their final campaign push on Saturday in the city of Sao Paulo a day before the vote will take place. 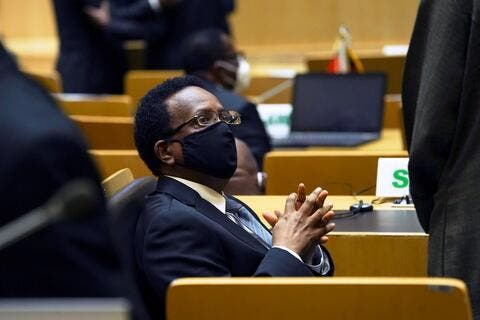 Luiz Inacio Lula da Silva and Jair Messias Bolsonaro both gathered with their supporters just a few miles apart amid a highly polarized environment in the South American nation.

Brazil’s presidential election today. far-right incumbent Bolsonaro well behind former president Lula in polls. But can count on public support of footballers you may have heard of: Neymar, Thiago Silva, Romario, Lucas Moura and Robinho whose rape conviction noted in local media pic.twitter.com/Oiu64ui4jg

Far-right incumbent Bolsonaro participated in a motorcycle rally, starting in the north of the city and stopping to wave to the crowd of supporters, closely flanked by security.

Bolsonaro also lifted a motorcycle delivery bag with the face of his political rival, showing Lula behind prison bars, as the crowd shouted "Lula thief, your place is in prison!"

Lula, a former union leader, was a candidate during the 2018 presidential election until a corruption and money laundering conviction curtailed his political aspirations. He was sent to prison and Bolsonaro, a former army captain, won the presidency.

In 2019, Lula was released from prison after his convictions were overturned by the Supreme Court, allowing him to run again for office.

Bolsonaro also greeted crowds wearing Brazil's green and yellow soccer jerseys and carrying national flags before posing for photos with his supporters, who shouted "legend" at the 67-year-old incumbent president.

According to Brazilian news portal, Poder360, Bolsonaro has visited Sao Paulo the most while campaigning for the presidency, with 11 trips in total.

Lula wrapped up his campaign on the back of an open truck in Avenida Paulista, central Sao Paulo, alongside Geraldo Alckmin, a candidate for the vice presidency, and Fernando Haddad, a candidate running to become Sao Paulo's governor.

Lula travelled for around 2 kilometers (1.24 miles) on the truck as he gestured, nodded, and waved his hands to the swell of supporters, many of whom carried different flags at the boisterous event that lasted for about an hour.

According to Veja, a prominent Brazilian weekly news magazine, earlier on Saturday, Haddad had warned voters to avoid political "provocation," insisting: "If you are in an environment with a person preaching political violence, go home."

Brazilians prepare to head to the polls after one of the most bitter presidential campaigns since the country’s 1985 return to democracy https://t.co/9xpmDquQoY

For over a year, Bolsonaro has also cast doubt on whether he would respect the election results, raising concerns about Brazil's electronic voting system without providing evidence.

The October election will be the first since Bolsonaro took office in January 2019 as fears political violence persist, with rights groups suggesting he may contest the vote and reports emerging of Bolsonaro backers killing supporters of Lula amid the charged environment.

The polls indicate a possible first round win for Lula this Sunday, though some observers forecast a tighter race with the incumbent.