WHO Employee Killed in Myanmar (AFP)

A driver for the World Health Organization in Myanmar has been shot dead, his employer said, adding that the circumstances of the killing were not yet clear. 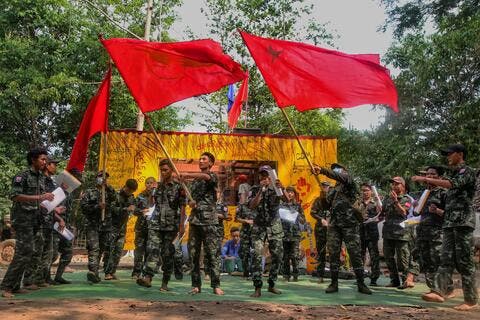 Four Anti-coup Protestors Get The Death Penalty in Myanmar

Myo Min Htut was killed on Wednesday night while riding his motorbike home after work in Mawlamyine Township in Mon state, the WHO said in a statement.

"We are all deeply saddened by his tragic death and extend our deepest condolences to the family of our colleague," the WHO said on Facebook.

The United Nations in Myanmar is deeply saddened by the death of Mr. Myo Min Htut, a World Health Organization staff member, during a security incident in Mawlamyine Township, Mon State. We send our deepest condolences to his family. https://t.co/M1cbtYU5Xe

Deadly clashes have ravaged swathes of Myanmar since the country's military staged a coup in February 2021.

Almost 2,000 civilians have died in a subsequent brutal crackdown on dissent, according to a local monitoring group.

In December, two staff members of international aid group Save the Children were killed in a Christmas Eve massacre of more than 30 people that was blamed on Myanmar junta troops.

Their burnt bodies were found on a highway in the eastern state of Kayah.