Who Has Higher Approval Rating Among Republicans Putin or Biden?

Published June 20th, 2021 - 10:10 GMT
US President Joe Biden and Russian President Vladimir Putin shake hands as they arrive at Villa La Grange in Geneva, for the start of their summit on June 16, 2021. SAUL LOEB / POOL / AFP
Highlights
Biden met Putin this week when aides said he was clear in 'standing up and pushing back against Putin' 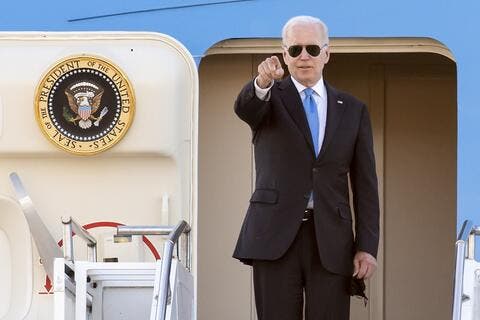 Americans were surveyed just ahead of their summit in Geneva this week, amid discussion of how the U.S. president would demand answers about Russia's involvement in election rigging, ransomware attacks and Moscow's persecution of opposition politicians.

Yet the Economist/YouGov poll of 1500 Americans, published on the day of the summit, found that 18 percent of Republicans had a favorable view of Putin while only 14 percent had a similar view of their own president.

In the same way, it found that 64 percent of Republicans had an unfavorable view of Putin, while 82 percent viewed Biden in a negative light.

Although the 11 percent of Republicans taking a favorable view of Putin was eclipsed by the 13 percent with a positive take on Biden, some 67 percent viewed the Russian president unfavorably compared with 85 percent who did not like the American president

A week earlier, the Economist/YouGov tracker poll also found that Republicans viewed Russia as less of a threat than Democrats do.

The stark divide was spotted by Will Saletan of Slate who said it was part of a realignment during the Trump years when the right's distrust of Moscow was reversed.

'Trump has delivered more than the Kremlin could have asked for: He turned Americans against one another, attacked our institutions, attempted a coup, and relentlessly defended Russian aggression,' he wrote.

'To this day, Trump denounces our government as illegitimate.

'And he has built a political force that will serve Putin well in his confrontations with Biden: a Republican Party that has cooled to NATO and warmed to Russia.'

Trump met Putin in Helsinki three years ago. It was followed by a joint press conference during which he appeared to accept at face value Putin's assertion that Moscow had not tried to sway the 2016 election - despite U.S. intelligence agencies asserting that he had.

This week, Trump poured scorn on Biden's meeting and tried to portray the Helsinki meeting as a triumph.

'As president, I had a great and very productive meeting in Helsinki, Finland, with President Putin of Russia,' he said in a statement.

'Despite the belated fake news portrayal of the meeting, the United States won much, including the respect of President Putin and Russia.'

Biden aides said he had delivered a tough series of red lines, and warned Putin that he was isolating himself with his actions.

'He was clear and direct in where he was standing up and pushing back against Putin,' said Biden's national security adviser Jake Sullivan on Thursday.

'What you heard publicly was very much a reflection of what President Biden conveyed privately.'

Monmouth Poll: Biden Approval Rating Down to 48%. Conservative Dems are seeing the light and already defecting! Also, Biden-Putin meeting was a method for Putin to size-up Biden. Biden walked away with nothing; Putin got what he needed to get. Join me 6:30pm LIVE tonight here!-Lt

Meanwhile, President Joe Biden's approval rating among Americans has dipped in recent weeks amid stalled negotiations and doubt about his ability to enact massive spending plans.

But the dip is far less pronounced than the drop in support for Congress's performance, according to a new poll by Monmouth University. 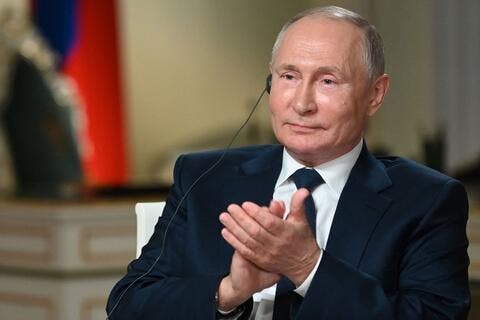 The number of voters who approve of the president's job performance fell from 54 percent in April to 48 percent in June, according to the study.

'Biden’s rating is still in net positive territory, but it seems to have taken a dip with the growing uncertainty that his signature spending plans will be enacted,' said Patrick Murray, director of the independent Monmouth University Polling Institute.