WHO Warns Not to Mix COVID-19 Vaccines

Published July 13th, 2021 - 11:45 GMT
A health worker prepares to inoculates a resident with a dose of the Coishield vaccine against the Covid-19 coronavirus during a vaccination drive for people of a low-income neighbourhood at a school in Hyderabad on July 13, 2021. NOAH SEELAM / AFP
Highlights
In Thailand, officials are planning on mixing the Sinovac and AstraZeneca vaccines to combat recent surge in cases

A warning notice released by the World Health Organization (WHO) denouncing mixing of different types of two-shot COVID-19 vaccines. 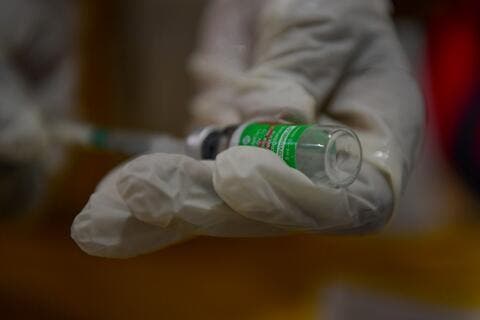 Experts at the WHO say there is little data available about the health impact from mixing different jabs.

The warning comes after Thailand announced it would allow patients to get one shot each of the AstraZeneca and Sinovac vaccines to combat a current surge of COVID-19 cases.

'It's a little bit of a dangerous trend here. We are in a data-free, evidence-free zone as far as mix and match,' Dr Soumya Swaminathan, the WHO's chief scientist said during a briefing on Monday.

'It will be a chaotic situation in countries if citizens start deciding when and who will be taking a second, a third and a fourth dose.'

Thailand is currently suffering through what is the largest case surge it has experienced since the pandemic began.

The southeast Asian nation is recording an average of 6,695 new cases a day with the total likely to grow even more in the coming days.

The infections included 618 breakthrough cases among 677,000 medical staff who were fully vaccinated with the Sinovac vaccine - or 0.1 percent of people.

The Sinovac vaccine was developed in China and distributed to neighboring Asian countries.

Thailand now plans to give medical staff with only one shot of the Sinovac vaccine the AstraZeneca vaccine for their second shot.

On June 18, Canada's National Advisory Committee on Immunization said people who got the AstraZeneca COVID-19 vaccine as their first dose should get the Pfizer-BioNTech or Moderna shot for their second.

'New evidence is starting to emerge suggesting immune responses are better when a first dose of the AstraZeneca vaccine is followed by an mRNA vaccine as a second dose,' said Dr Shelley Deeks, vice chair of the committee, in the new guidance documents.

The Pfizer and Moderna vaccines are the two available vaccines that use mRNA technology.

The committee also updated its previous recommendation that people at high risk of exposure to, or serious illness from, COVID-19, could opt to get AstraZeneca rather than waiting for Pfizer or Moderna.

Now, it says everyone should always get the mRNA vaccines first, unless they are allergic to them.

WHO warns against mixing Covid vaccines after Canada and Thailand allow patients to get different shots https://t.co/wWduc2Hwn4

Deeks said the advice is based on the growing supply of Pfizer and Moderna, and the risk of vaccine-induced blood clots associated with AstraZeneca.

But she is still trying to reassure people who got one or two doses of AstraZeneca's vaccine that they are nevertheless well protected.

'Anyone who has already received two doses of AstraZeneca/Covishield can rest assured that they are protected, particularly against severe illness,' she said.

'There is no need for a third dose at this time.'

A third dose may be needed soon for some Americans, though, and currently research is being done as to whether mixing vaccine brands for the third shot is safe.

Last month, the National Institute of Health launched a trial where they gave Americans who had received two shots of either Pfizer or Moderna were then given Moderna for their third dose. 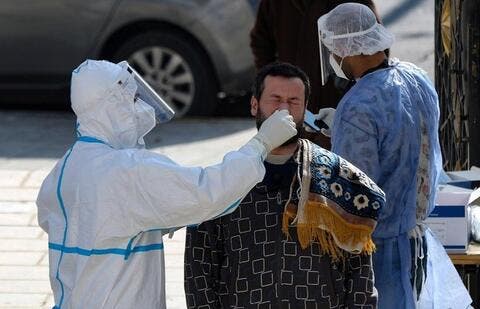 The goal is to find if there are any potential benefits to mixing and matching different vaccines.

Early results of the study are expected by late summer, and data from the trial will be collected throughout the year.