Why Are Egyptian Bulldozers, Cranes, Trucks Doing in Gaza?

Published June 9th, 2021 - 08:08 GMT
Palestinian boys cycle past a convoy of bulldozers provided by Egypt arriving at the Palestinian side of the Rafah border crossing between Egypt and the Palestinian Gaza Strip enclave on June 4, 2021. SAID KHATIB / AFP
Highlights
Entry of construction equipment first time Egypt has deployed in the coastal enclave it used to rule until 1967.

Scenes of dozens of Egyptian bulldozers, cranes and trucks entering the Gaza Strip last Friday have left some Palestinians wondering whether Egypt is planning to return to the coastal enclave it ruled between 1948 and 1967. 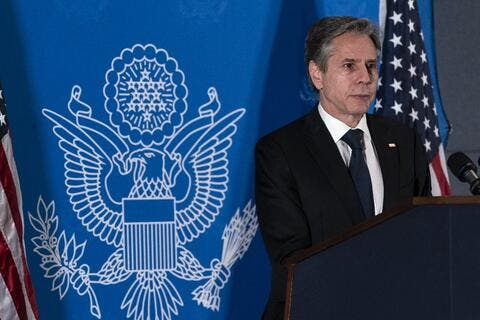 The Egyptian decision to send building equipment and engineers to the Gaza Strip came within the context of Cairo’s pledge to contribute to reconstruction efforts there after the recent fighting between Israel and Hamas.

Egyptian President Abdel Fattah Sisi has pledged $500 million to help rebuild the houses and buildings that were destroyed during the fighting.

Is Egypt planning to retake control of the Gaza Strip? Egyptians have warned Hamas leader Yahya Sinwar against initiating another round of fighting while Cairo pursues its efforts to help rebuild the Gaza Strip https://t.co/Ucf6fAKZqX

The presence of the Egyptian construction teams in the Gaza Strip means that Hamas and other Palestinian factions will not be able to resume the rocket attacks on Israel, Palestinian sources told The Jerusalem Post.

“It will be hard for Hamas to initiate another round of fighting with Israel when there are many Egyptians inside the Gaza Strip,” one of the sources said. “If Hamas or Palestinian Islamic Jihad start firing rockets at Israel while the Egyptian construction teams are working in the Gaza Strip, the two groups will get into trouble with Egypt.”

According to the sources, the Egyptians have warned Hamas leader Yahya Sinwar against initiating another round of fighting while Cairo pursues its efforts to help rebuild the Gaza Strip.

The Egyptians, however, never annexed the Gaza Strip and chose to administer it through a military governor.

“There are many rumors that the Egyptians are planning to return to the Gaza Strip,” said a veteran Palestinian journalist in the Hamas-ruled coastal enclave. “Many people here are convinced that the Egyptian-sponsored reconstruction work is part of a plan to pave the way for a permanent Egyptian security presence in the Gaza Strip.”

The Egyptians played a crucial role in reaching the Israel-Hamas ceasefire that went into effect on May 21.

The head of Egypt’s General Intelligence Service, Abbas Kamel, last week made a rare visit to the Gaza Strip, where he met with leaders of Hamas and other Palestinian factions and discussed with them ways of maintaining the ceasefire and the reconstruction efforts.

Kamel’s visit to the Gaza Strip is seen by some Palestinian political analysts as a sign of Egypt’s intention to play a major role in the coastal enclave in particular and the Palestinian arena in general.

“I don’t believe that Egypt wants to go back to the days when it was administering the Gaza Strip,” one analyst told the Post. “But Sisi’s decision to contribute to the reconstruction effort shows that he wants to be heavily involved with everything concerning the Gaza Strip.”

Relations between Egypt and Hamas have improved over the past few years, the analyst said.

Until a few years ago, Egypt’s state-controlled media had accused Hamas of helping Muslim terrorists who attacked Egyptian security forces in the Sinai. Hamas has strongly denied the charges, saying it does not meddle in the internal affairs of any Arab country.

Palestinian Authority President Mahmoud Abbas appreciates the efforts Egypt has been making to calm the situation and assist in the reconstruction efforts in the Gaza Strip, a Palestinian official in Ramallah told the Post. 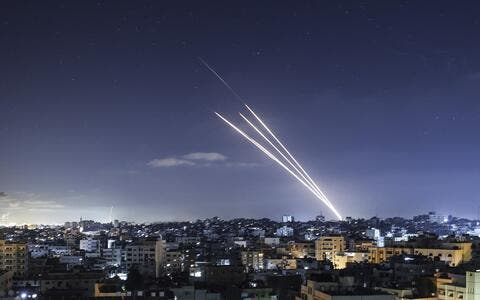 He dismissed talk about a possible return of Egyptian control of the Gaza Strip.