Why is Hezbollah Confused Now?

Published November 25th, 2021 - 08:52 GMT
This file photo taken on May 31, 2019 shows fighters with the Lebanese Shiite Hezbollah party, carrying flags as they parade in a southern suburb of the capital Beirut, to mark the al-Quds (Jerusalem) International Day. (Photo by Anwar AMRO / AFP)
Highlights
A political analyst suggested that Hezbollah might be heading toward a political confusion

Hezbollah is experiencing political confusion, writer and political analyst Sana Aljak revealed on Wednesday, amid allegations of a disagreement between the party and the Amal Movement headed by Parliament Speaker Nabih Berri on their earlier call to remove Judge Tarek Bitar from his investigation into last year's Beirut port blast. 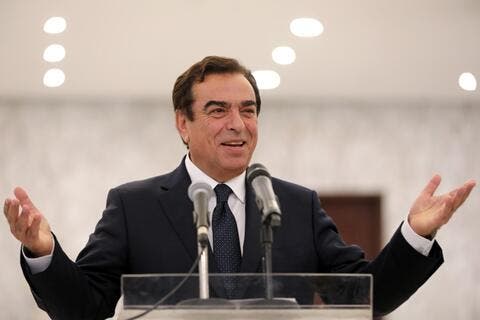 The government of Prime Minister Najib Mikati has been stuck over how to respond to calls for Bitar's removal, and the positive atmosphere that prevailed in a meeting on Monday between Berri, Mikati and President Michel Aoun had not materialized into concrete steps by the middle of the week.

Hezbollah experiencing political confusion, says political analyst https://t.co/K5w79dVLkV
Aljak said "Hezbollah can no longer use the excess power it possesses. When he boasts that he has 100,000 fighters, this is a sign of weakness, not strength.”

There were also claims of a dispute between Berri and Hezbollah on the solutions proposed for resuming Cabinet meetings.

The two allies have boycotted the meetings since Oct. 12, against the backdrop of the port blast investigation, and the government turmoil has been aggravated by a provocative statement from Information Minister George Kordahi about the war in Yemen.

The meeting on Lebanon’s Independence Day produced, according to the information that followed, “flexibility, positivity, and openness to resolving outstanding problems.”

There has been an increasing level of conversation about solutions related to Kordahi.

There are also reports that Aoun promised to facilitate understanding on solutions provided that the prime minister, after his Vatican visit to meet Pope Francis, invited a Cabinet session that conveyed to the international community the government’s seriousness about implementing commitments to save Lebanon from collapse.

The information circulated said the way out regarding Hezbollah’s demand to suspend Bitar was to limit his powers.

Accordingly, out of respect for the provisions of the constitution, Bitar should not be allowed to investigate accused officials, including ministers, MPs and a former prime minister, and try these officials before the Supreme Council for the trial of presidents and ministers.

This solution requires that Bitar be removed from the trial of political officials, rather than suspending him entirely.

Respecting the constitution was a requirement for Berri as well as other political parties, especially since the prime minister reiterated his refusal to interfere in the work of the judiciary and was committed to the separation of powers.

But this solution, according to the information circulated, means withdrawing the demand for Bitar's dismissal, a condition that Hezbollah is sticking to in order to let its ministers attend Cabinet sessions.

This development has led to claims of disagreement between Hezbollah and the Amal Movement.

MP Mohammed Khawaja, a member of the Parliamentary Development and Liberation Bloc headed by Berri, confirmed that the speaker “has been making, since the beginning of the crisis, every effort for the return of the government to business and address the thorny files, including the judicial file, whose course is required to be corrected as a starting point to the rest of the issues, foremost of which is the living conditions that affect all citizens and pressurize most of the Lebanese who have become poor.”

Khawaja said: “It is natural that there is a difference in attitudes between the Amal Movement and Hezbollah, especially in their view of internal political affairs and how to deal with them since they are not one party. The two parties meet on strategic matters and complement each other. There is no need to exaggerate the dispute.”

Aljak said the dispute was “a division of roles” between Hezbollah and Berri.

She told Arab News: “Hezbollah was not able to completely remove Bitar from the file, so the party tried to overthrow the head of the Supreme Judicial Council, who protects Bitar. But it could not (do) either. Hezbollah, which is very powerful in Lebanon, has found that it is incapable of controlling everything and that it is even helpless. The party is now entering into reconciliation with the tribes of Khaldeh, that is, with the murderer of one of its leaders. Hezbollah can no longer use the excess power it possesses. When he boasts that he has 100,000 fighters, this is a sign of weakness, not strength.”

Aljak referred to the attack by a Hezbollah leader, Ghaleb Abu Zainab, against political leaders last Monday, and how the party was forced to say that he did not represent the party's positions. 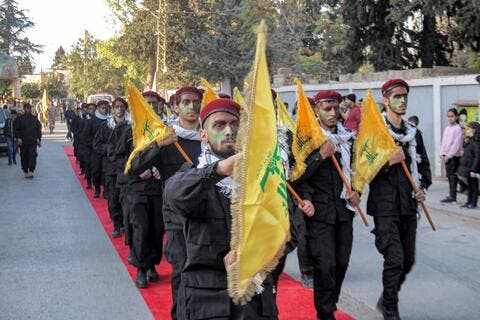 Lebanese Hezbollah MP is Proud to Work With Iran But is This News?

“This is evidence that Hezbollah has reached a stage where it thought it could control everything, but suddenly it discovered that its excess power did not benefit it. Hezbollah intervened in many places in the region, but what did it gain? Everyone is talking about an Iranian occupation. Hezbollah's prestige has declined. Hezbollah has become like a dictator who no longer bothers to convince people to like him, but suddenly discovers that people hate him.

“The party no longer knows how to get out of all the places it has been involved in,” Aljak added.