Why Isn't Sudan Refusing to Attend The IGAD Summit?

Sudan said it would not take part in a meeting of the IGAD leaders next March to discuss political instability in Sudan because the invitation was issued by the IGAD Executive Secretary. 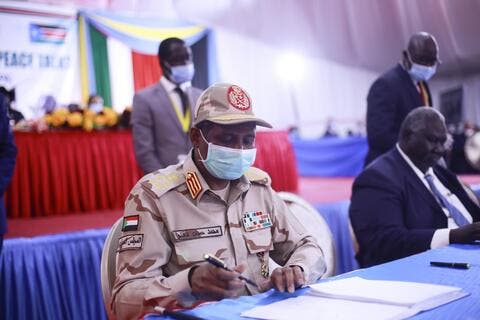 In a statement about the meeting, the foreign ministry underscored Sudan’s chairmanship of the IGAD bloc before saying that al-Saiq and Belail discussed the developments of the situation in the country.

#Sudan declines invitation to #IGAD’s summit in #Uganda https://t.co/gXvh8kpMka “This invitation does not concern Sudan which will not participate in this meeting,” said the minister. He further stressed that the IGAD summit should not be held without an invitation from Sudan." pic.twitter.com/dVBmjD8LX6

The acting foreign minister informed the IGAD envoy of his government’s rejection of the invitation made by the IGAD Executive Secretary Workneh Gebeyehu for a summit at the level of heads of state and government of the organization.

“This invitation does not concern Sudan which will not participate in this meeting,” said the minister. He further stressed that the IGAD summit should not be held without an invitation from Sudan.

Before visiting Sudan by the end of January, Gebeyehu was in Kampala to request President Yoweri Museveni to host a meeting in March to discuss “instability in Sudan, Ethiopia and Somalia”.

The sub-regional east African bloc is working closely on issues of peace and conflict resolution with the AU Peace and Security Council (PSC). The latter suspended Sudan’s membership in the regional organisation after the coup d’état of October 2022.

The PSC is the only African Union body with the authority to issue binding resolutions on the member states.

The Sudanese military leaders seem angered by the IGAD de facto suspension of Sudan’s chairmanship of the bloc after the coup.

The Sudanese official informed the IGAD envoy that his government has been undertaking contacts to convene an emergency meeting for the IGAD leaders in the near future.

In a meeting held on the margins of the African Union summit on February 6, the IGAD leaders agreed to hold a meeting of Heads of State and Government on Sudan after discussing a report made by the IGAD Executive Secretary about his visit to Sudan.