Will Biden Allow Afghan Civil Servants to Enter The US?

Joe Biden plans to exempt certain Afghan civil servants who were employed by the Taliban from terror-related bans on entering the U.S., a draft document obtained by Fox News reveals. 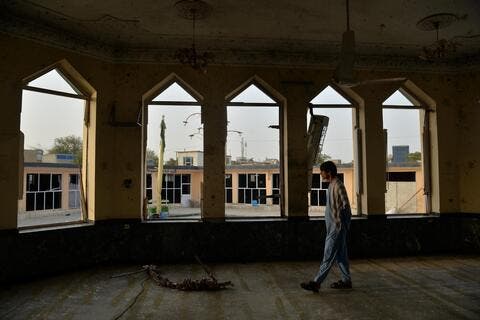 Nasrallah Says ISIS is Hellbent on an Afghan Civil War

A new memorandum from the administration, which was reviewed and revealed in a Wednesday report, shows that some Afghans employed by the Taliban government from 1996-2001 will not be subject to the same travel restrictions to the U.S. as other terrorism-related inadmissibility grounds (TRIG).

Biden to allow Afghans who worked for the Taliban to enter the US https://t.co/WDSoQvojZZ

'Many individuals who worked in civil service positions before the declaration of the Islamic Emirate of Afghanistan in 1996 continued to do so after the declaration,' the document states. 'Some did so under duress or other situations of hardship.'

'Some used their positions in humanitarian capacities to mitigate the repressive actions of the Taliban regime, often at great personal risk,' it continues. 'Some of these civil servants later worked for or helped the International Security Assistance Force, the U.S. government or the Afghan government that was established in Dec. 22, 2001.'

The exempt individuals will need to fulfill other background checks and screening requirements before being allowed to circumvent the terror-related travel restrictions to the U.S.

A Biden official told Fox the new memorandum won't change existing screening and vetting processes for each individual coming to the U.S., noting similar exemptions have been made with refugees from countries like the Soviet Union and Cuba.

'The effect [of the memo] is that people who worked as doctors, grade school teachers, civil servants or low-level government employees wouldn't automatically be barred from ever entering the United States because they worked in those professions,' the official said.

They also claimed that the memo's status is in the 'pre-decisional' phase.

President Biden's team is still working to evacuate thousands of Afghans in the fallout of the U.S. troop withdrawal from Afghanistan.

The U.S. Citizenship and Immigration Services (USCIS) planning document outlines how the Department of Homeland Security will issue the memorandum.

🇦🇫Thousands of Afghans are attempting to flee the Taliban takeover and escape into neighbouring Iran each day, in an exodus joined by many former government officials and civil servants https://t.co/vZ4V0jJApt

The exemption will come after the Taliban was swiftly able to regain control of Afghanistan after Biden withdrew all U.S. forces from the country at the end of August without any fail-safes in place to make sure the Afghan government did not fall.

The Islamic militant group was able to take over the country in less than two weeks.

The U.S. and other countries are now grappling with how to handle the new leadership in Afghanistan after 20 years of conflict.

Biden was widely slammed for the bungled withdrawal, which left hundreds of Americans and thousands of Afghan allies stranded in Afghanistan as the Taliban took over the country.

In the chaos of the withdrawal at the Kabul airport, 13 U.S. service members were killed in a suicide bombing attributed to ISIS-K. 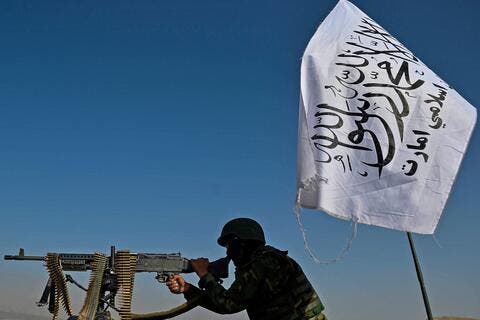 Since leaving, the Biden has already brought tens of thousands of Afghans back to the U.S. like those deemed 'at risk' due to the withdrawal.

It's estimated by the administration approximately 95,000 Afghans will be brought to the U.s. during this fiscal year.